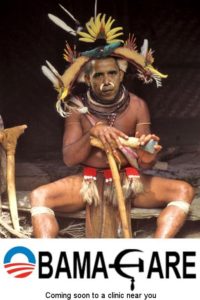 By A 🤬 And A Keyboard

There are few things that resonate in my life as strongly as my identity as a black man in America. Reared in an inner-city environment, the affinity that I have for my culture has shaped every aspect of my being. We are by our very nature a people of faith, pride and inner strength, thus the reason we have risen from the depths of slavery to the very leadership of our country.

Despite these great strides, we still unfortunately suffer as a race from that “Guns and Butter” syndrome that Melvin so eloquently taught Jody about in the film, Baby Boy. Blacks as a group disproportionately underachieve in areas of education, personal wealth, home and business ownership, while we embarrassingly lap the rest of the field in areas of personal debt, single-parent households, and arrest records. While some of this can be written off to social biases, a larger portion of it is due to what I believe is the primary problem with our community, an almost innate susceptibility to complacency.

Yes, for a moment in time, we united to elect Barack Obama as the 44th President of the United States, and I, like many others, shed my fistful of tears, as Maxwell would say. However, as a people, what major strides have we seen in our community except pictures of President Obama going up on the walls of black homes next to Jesus and Martin Luther King? For some reason, we came to believe that we had “made it” on Election Night 2008, and were more than happy with settling with the fact that “the President is Black and my Lambo’s blue“. It is this same illogical willingness for us to settle, that America’s latest up-and-coming political entity, The Tea Party Patriots, are betting their house on.

Under a very pseudo conservative platform of tax reform and opposition to President Obama’s stimulus bill, the Tea Party, as they are commonly known, formed in 2009 to conduct a series of highly publicized protests, which appeared to be a lot more like 🤬 rallies than political events. Protesters at these events donned repulsive t-shirts and wielded signage that illustrated President Obama as Osama Bin Laden, 🤬 , a witch doctor and even a caricatured Stepin Fetchit-type character. Not surprisingly, the Confederate flag and the word “******” were also in full attendance for all of these get-togethers. Immigrants, homosexuals and the poor were not spared the rod either. What is scariest of all about these rallies is the fact that one too many of those faces out there had that “permanent tan” similar to my own.


Come visit us at Planet Ill to read the rest: http://planetill.com/2010/02/you-wildthe-tea-party-light-on-sugar-heavy-on-hatred/
0 · Share on TwitterShare on Facebook
Hey! You will be signed out in 60 seconds due to inactivity. Click here to continue using the site.