Did Nicki Minaj's 'Bride Of Blackenstein' Skit Go Too Far?

Nicki Minaj flexed her acting skills on a couple of Saturday Night Live skits last Saturday but it seems that one skit in particular is getting mixed reviews. She played the “Bride of Blackenstein” in a spoof of 70s blaxploitation flicks that portrayed some extreme stereotypes about Black women.

If you’ve ever seen and appreciated a blaxploitation flick then you know that they were very extreme, cheesy and always portrayed stereotypical characters, which is why they drew criticism even then. However, they also tried to convey positive messages as well.

In the case of this skit, it’s simply a spoof so there are no social implications other than poking fun of a genre in movie history. Yet the hypersexualization of Nicki Minaj by placing extra emphasis on her big 🤬 and comment’s like, “You ever been with a sister,” and “It’s check day, I got an outfit on, I wanna dance,” do reinforce negative stereotypes about Black women. Even the comment about Jewish women and the White woman showing off her flat 🤬 were done in poor taste.

On one hand, the skit had funny moments because it did satirize the awesomely bad nuances of the blaxploitation era that 70s b-movie lovers can appreciate, and Nicki Minaj did a good job. But on the flipside, the writers most likely weren’t Black so that’s mistake number one (Black writers wouldn't change the general sentiments of this piece though) and again, it just reinforced negative stereotypes (that don't need to be repeated because there will probably be tons of ignorant fools who will leave some on this message board).

Bottom line is, the skit wasn’t the worst thing but there but it could have been written differently. We have to be more responsible with what we put out there and promote as funny just for the sake of laughs and funny but with negative consequences, especially since there were probably a lot of young Nicki Minaj and Jesse Eisenberg fans watching. 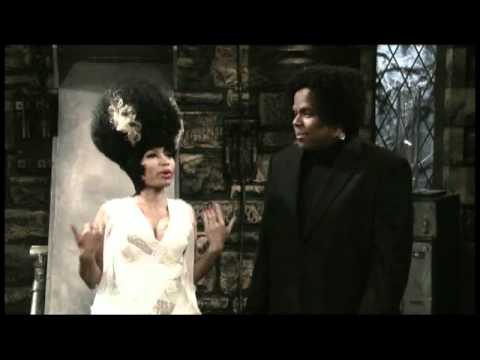