The first half of the trailer is biased towards the relationship between Charles and Eric, the second contains rather a lot more action. It’s all good stuff, however, and it’s the blend of those ingredients, alongside the political and social dimensions, and hopefully some good plotting, that I’m banking on to make the film really deliver.

I’ll be very, very disappointed if this one doesn’t live up to everything I’ve read, seen and heard so far.

There are two very slightly different edits of one similar trailer. Here’s the US version, which ends on a title card reading Only In Cinemas: 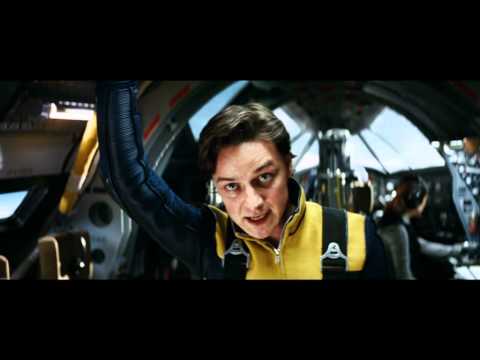 Though the YouTube page that lives on says the film is out n June 2nd. That’s one day ahead of the previously planned June 3rd.

Better still, the UK cut of the trailer, which is currently a Sky exclusive, ends on a card that tells us we can see the film on June 1st. An Orange Wednesday, no less.