A British movie we have huge hopes for is Working Title's adaptation of Tinker, Tailor, Soldier, Spy. There's a new teaser trailer, out now and debuted by the lucky blighters at The Guardian, that only raises them to possibly unsustainable levels. No pressure or anything. Now this is how to make a thriller teaser. 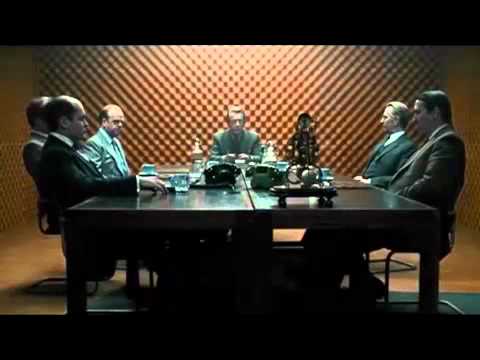 Among the smoke and mirrors, there's a brief intro to all the major players at MI6. There's Benedict Cumberbatch as Peter Guillam, head of the no-nonsense 'Scalphunters' (think the bit of MI6 Jason Statham would be in), and Mark Strong as betrayed 🤬 Jim Prideaux. Gary Oldman is front and centre as methodical, intuitive ex-spymaster George Smiley, brought out of retirement to unearth a mole at the heart of British intelligence. Not an actual mole - that'd be weird - but a Soviet spy planted by the KGB's Karla, leaking secrets to the Russians that are costing the lives of British agents.

If you like your spies running, shooting and jumping off things - and there's nothing wrong with that - M:i 4 is where you need to be. M:i6 is a more cerebral place and Tinker, Tailor is unashamedly a thriller from the old school: a world of nuance and double-crosses; weapons-grade intellects and sudden violence.

By the looks of things, it's as beautifully crafted a period piece as you'd expect from Working Title, not to mention director Tomas Alfredson, the man who recreated '80s Sweden so memorably in Let The Right One In. Like the classic BBC dramatisation of the Le Carré novel, Tinker, Tailor is set against the grime and fast-fading grandeur of cold war Britain.

Tinker, Tailor, Soldier, Spy is out in the UK on September 16. If you're in American you'll have to wait a little longer: it's out there on November 18.