Technology company AMD (supplier of graphics hardware for the Xbox 360) is claiming that the Xbox 360's successor will be capable of producing the kind of visual detail seen in James Cameron's Avatar, as reported on examiner.com via the August issue of Official Xbox Magazine US.

Cramming the kind of technology it took to render every frame of the eyeball-searing Avatar into a console within the next year or so sounds impossible, but AMD is claiming the next Xbox will launch with this within reach.

AMD would not confirm it was actually working on the next Xbox but director of ISV relationships at AMD, Neal Robison, has said that gamers have a lot to be excited about. Beyond visual fidelity Robison claims that the AI and physics capabilities of the next generation will allow for every pedestrian in an open-world title like GTA or Saints Row to be an individual character with a unique personality. This would mean NPCs would react in a whole host of new and different ways to in-game actions.

Of course, this is far from the first time this sort of hyperbole has been tossed out into the public. Gamers have been teased with promises of Toy Story graphics for the PS2 and Toy Story 2 graphics for the original Xbox before. 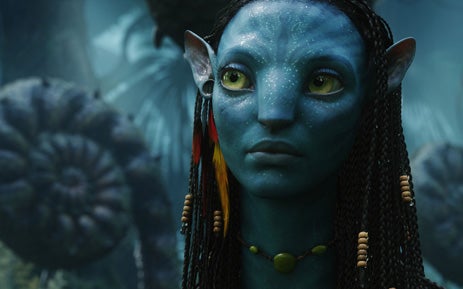 Imagine this level of graphics, but with more guns and Nazis. Bam! The future is born.
0 · Share on TwitterShare on Facebook