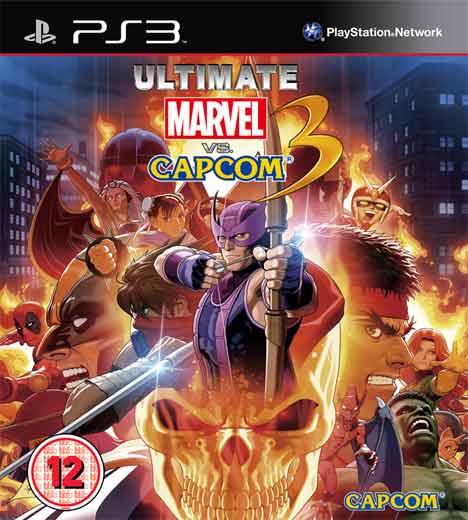 Capcom today confirmed Ultimate Marvel Vs. Capcom 3, a new edition of the title that includes 12 new fighters bringing the roster to a total of 50.

Characters confirmed so far include: Strider, Ghost 'n Goblins villain Firebrand, Ghost Rider and Hawkeye. Capcom says it will reveal more characters in the coming months. Additionally, the game will feature a Spectator Mode, allowing players to watch matches online, eight new stages, and improvements to the the game's balance and online functionality.