Explicit Music On Modern Black Radio.. Is It Prince Fault?

booty-gif-dot-com Members Posts: 1,357 ✭✭
August 2011 edited August 2011 in R&B & Alternatives
point 1: Im not for censorship dont get it twisted
point 2: theres always been explicit music but it was underground. Real raw stuff like Millie Jackson was popular but would never, never, never ever get played on the radio
point 3: Im talking about the public airwaves in which small children can hear it and repeat stuff thats too mature for them to understand so thats always a concern so in saying that...

In the 90's Music got crazy explicit with JODECI and R KELLY leading the way with some really 🤬 stuff that made the radio without too much filtering. and it seems like LIL KIM raised the ante even more and then TRINA tried to top her. Today Rapper Nikki Minaj can get away with Lyrics about literally 🤬 on her competition and the song is HEAVY ROTATION on the radio. and it includes lyrics like this...

yes the radio does some very minor editing and the words 🤬 , 🤬 and 🤬 are muted out but it dont do much good. the BEAT DROPS to emphasize what she says and it dont take a detective to fill in the blanks cause it all ryhmes!!!! well thanks Nick you got a platform to say whatever you want and used it to teach youngster listening to the radio about urinating on people... CLASSY!

In 2011 what Nicki is saying barely raises an eye brow but as i state im showing a progression to how we got here..

The Year was 1982. his 1999 album is very succesful producing hits like the Title Song, Little Red Corvette, and Delirious. Radio stations (especially mine) are playing b-side non singles due to demand. one of them is Lady Cab Driver about 3:10 into Prince is literally punishing a woman as she moans and groans. for 82 standards (30 years old in 2012) it was extremely explicit! but it got played on the radio

The Year was 1984 and Purple Rain blew the Lid off the Music Industry and black and pop radio. The Single Lets Go Crazy Went #1 on every radio station and the B-SIDE was a song called 🤬 CITY with his protege Sheila E. with this infamous line!!

We can 🤬 until the dawn, making love til cherrys gone

Still to this date there is a debate over was Sheila saying 🤬 OR FUNK. but it sounded pretty clear to me that it was 🤬 and it wasnt being edited on black radio then. I heard this played on the Tom Joyner show recently and they beeped the word out so i guess thats were they stand on it that it was 🤬 !!

so what is your opinion. Is the music on the radio too explicit? and do we have Prince to blame? or is it just a Sign of The Times (pun intended) 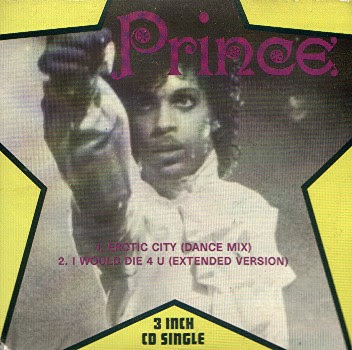