Just a couple of days ago, the poster for true-life criminal-turned-aid-warrior drama Machine Gun Preacher showed up, with Gerard Butler toting a big weapon and protecting a small child. Now the trailer has arrived online via Apple. 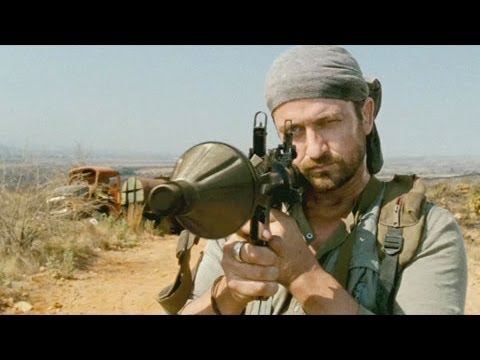 Preacher, directed by Quantum of Solace’s Marc Forster, tells the story of Sam Childers (Butler), a man who spent a chunk of his life on the wrong side of the law, dealing drugs, roughing people up and generally being a 🤬 .

But then, realising he has to change for the sake of his family (including wife Michelle Monaghan), he finds religion and a new mission in life when he learns of the terrible conditions for the people of East Africa. Sam decides to head over there and ends up building an orphanage for the children affected by the brutal Lord’s Resistance Army, which has a nasty policy of recruiting young fighters. Naturally, the Army is no fan of Sam’s new humane drive and burns the place down. But where some missionaries might take that as the sign to flee, Sam sees it as a challenge and responds with force. The result? He’s rescued more than a thousand orphans from starvation since he first arrived…

Take a look at the trailer and let us know your thoughts.

Machine Gun Preacher is out on November 18.