Morgan Freeman: Tea Party Is Racist, They're Out To Get Obama!

JadaRoss Members Posts: 6,791 ✭✭✭
September 2011 edited September 2011 in R & R (Religion and Race)
the racism of the GOP is overwhelming 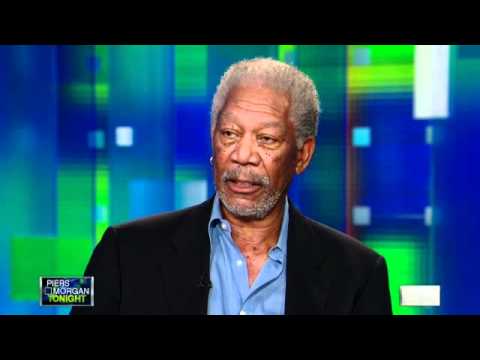 even bush didnt get this much hate

Morgan Freeman laid down the chips on the Tea Party in a new interview with Piers Morgan that is due to air Friday night.

The Oscar-winning actor sat down with the British TV host and, amongst other things, discussed his belief that the right wing Tea Party's anti-Obama stance is rooted in racism.

When asked by Morgan whether Obama's presidency has made racism in the United States better or worse, Freeman, who once played apartheid-defying South African president Nelson Mandela, frankly stated that his time in office has made it worse, as he has become a target of the right's aggression.

Declaring once again that "it's a racist thing," Freeman said the group's rise has shown the hate still lingering in America.

"Well, it just shows the weak, dark, underside of America," he said. "We’re supposed to be better than that. We really are. That’s, that’s why all those people were in tears when Obama was elected president. “Ah, look at what we are. Look at how, this is America.” You know? And then it just sort of started turning because these people surfaced like stirring up muddy water."

The actor continued, saying that he understood President Obama not fighting back, seeking to stick to his principles, but wishes that he'd be more aggressive now.

Freeman endorsed Obama during his run for the presidency, but declined to campaign with him, saying that he was an actor, not a politician. He attended a White House Civil Rights concert in 2010.