Will people still check for Skillz Yearly Rapup since he hated at the BET Awards?

soul rattler Chief Petty Officer of the Ill Community Naval CommandHOOYAHMembers Posts: 18,852 ✭✭✭✭✭
December 2011 edited December 2011 in The Reason
“I lost so much respect for so many rappers today…”

…says Skillz in a elevator headed down to the first floor of Green Pointe Studios in Brooklyn, New York, on a cold rainy night. Skillz and his manager, who have been here all day with his other client UK songstress Estelle and his label rep, are leaving the taping for the “Cyphers” that will air during the 2011 BET Hip Hop Awards and Skillz is in another place. “I never thought it was possible to lose that much respect for that many rappers in one day. These are the cats that are supposed to be hot?” he says as we ride back across the Brooklyn Bridge into Manhattan.

Skillz is clutching his phone and still talking about what he just witnessed. “I hustled to get here, and no one in that room came to play today,” he continued. Hustling to him is nothing new; he’s always found himself in the position of having to prove himself. In the late 90s, he found himself trying to make people pay attention to his wordplay, spit from a state that really hadn’t been on the Hip-Hop map at all – Virginia.

Depending on who you ask, he seems to have pulled it off. The clever rapper with the quickness, Skillz started out on Big Beat/Atlantic, then went to Timbaland’s Z Man/ Interscope (Beat Club), then to Rawkus Records, and now to E1. He’s had his fair share of label woes, but he never stopped making music. “A label doesn’t define me, it never has, I just needed them to get my music to the masses, but in today’s market, I need them less, and they know it,” he said proudly. Technology has changed the music business, and Skillz refuses to be dependent on a label to get himself heard.

“If you are fortunate enough to have fans, then find them and deal with them directly. It’s the best relationship that you will ever have,” Skillz states with experience. He’s almost overly active on his Twitter and Facebook accounts (both under @SkillzVa), and at times, he seems to be more of a comedian than a rapper. As we sit in traffic in Lower Manhattan, and since he’s already talking, the opportunity presents itself to pick the brain of one of Virginia’s proudest MCs. When asked exactly why he lost respect for some of his counterparts on this particular day, he replies, “Because none of them came there prepared.”

“Well, I can’t say none of them, but a lot of them didn’t! he says, choosing his words with more intention. “Watching some of that sh*t was sad. I watched two particular rappers who are all over the blogs, mixtapes, radio, and magazines stop and start their verses over 64 times!! 64!! I stood there and counted, yo! Between the two of them, they started over 64 times!! We talking 16 bars, yo! And I don’t mean they messed up at the 14th bar and started over. You f*cked up at bar three! I mean, damn, did you write the verse??? Watching that sh*t was sad, ‘cuz let the web tell it, you’re the new hot kid on the block. But, what I saw didn’t represent that at all. I don’t know. I expected more, I guess. Like, know your verse. Come prepared. I felt bad for DJ Premier. He had to sit there through that and remain professional,” he recalls. 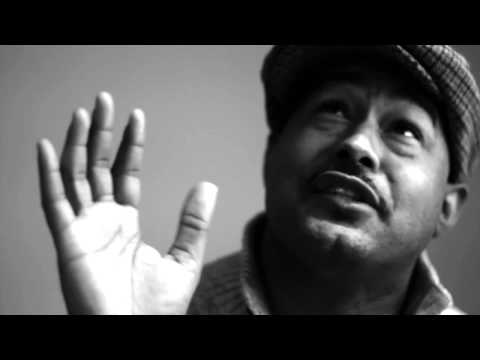