joshuaboy Members Posts: 10,858 ✭✭✭✭✭
January 2012 edited January 2012 in IllGaming
The brilliance of Zelda has come and gone… now what?

When you're running a relay race, you don't slow down when you're about to hand off the baton. You sprint through, and make sure the momentum you've built up through your leg of the race remains relentless. Rest later - finish the race strong.

Unfortunately for Nintendo fans around the world, that hasn't really been the case with Wii. Some years during the system's lifespan have been very strong, and the motion-based console has received some incredible titles - not to mention phenomenal mainstream success. But just like the GameCube and Nintendo 64, Nintendo hasn't been able to translate its console's strengths into an effective transition to what comes next. In other words, 2012 is looking a bit rough in terms of new releases, with the possibility of massively delayed imports being the last few moments of hope for the console. Oh, and there's yet another Mario Party game coming. 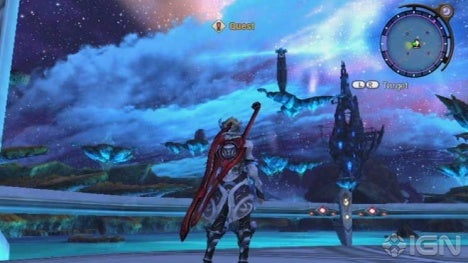 North America finally got Xenoblade... will we get anything else?


So far we only know of a handful of noteworthy Wii games. Rhythm Heaven Fever is finally finding its way to the system in February, with PokePark 2: Wonders Beyond hitting two weeks later. MLB 2K12 will arrive on March 6 and Mario Party 9 sneaks out five days later on March 11. Outside of Xenoblade Chronicles finally coming to North America in April, almost two years after its Japanese release, Nintendo gamers don't have much to anticipate whatsoever. At least not officially.

That's where some glimmer of hope for Wii resides - in a handful of games that technically have not been announced for North America. The Last Story, yet another lengthy, gorgeous RPG, could finally see release stateside. It arrived in Japan a little less than a year ago, and its European release is just over a month away. This is the last conceivable year Story could make its way to other territories, and given how light Wii's schedule has become, it certainly would make sense. The same goes for Pandora's Tower. Though less acclaimed than its two RPG "counterparts," the game would still be a good candidate to leave Japan and give Wii owners something to play.

The big question mark is focused on Dragon Quest X. The next major installment in Square Enix's blockbuster JRPG franchise is coming to Wii and Wii U, and it's certainly the highest profile title remaining in Nintendo's 2012 queue. Yet for all its prominence, it's tough to say if the title will see translation outside of Japan for both platforms. Would Nintendo of America attempt to release a JRPG for Wii when it could simply keep it exclusively for Wii U and promote its "new focus" on 🤬 gamers? It seems unlikely, though anything could happen. Nintendo has promised Wii will see support past the introduction of Wii U. Exactly what shape that takes is anyone's guess. 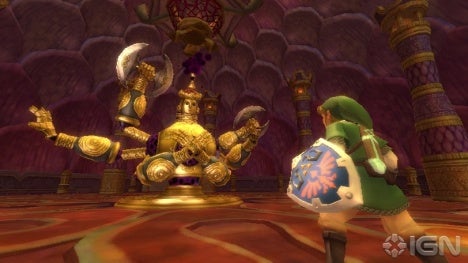 
Nintendo could always have a few titles hidden up its sleeves for the remainder of the year. Given common business sense, and the fact that the system is due for a full unveiling at this year's E3 show, Wii U won't likely sweep into stores until late 2012. That's a long time with very little console-based content. That almost begs for some kind of attention, though the chances of a last-minute AAA blockbuster seem slim to none. Mario Party 9 seemed to appear out of nowhere - perhaps more like it is on the way.

So what to do with your Wii in 2012? Though new games are virtually MIA, there's no reason to abandon your console just yet, particularly if you've been too distracted to play through the system's complete library, which has plenty of gems. Did you have a chance to check out Zak and Wiki? How about Muramasa? Silent Hill? Mad World? Lost in Shadow? And that's just a glimpse of the retail software.

Don't forget the Virtual Console, which hosts an incredible segment of Nintendo's legacy, including some of the best Mario, Zelda, Kirby, Final Fantasy and Mega Man games of all time. If you're relatively new to gaming and weren't playing during the NES, SNES or N64 eras, do yourself a favor and take a trip back in time. Seen everything in the Virtual Console? Check out original content on WiiWare - MotoHeroz, World of Goo, Fluidity and many more deserve your attention. 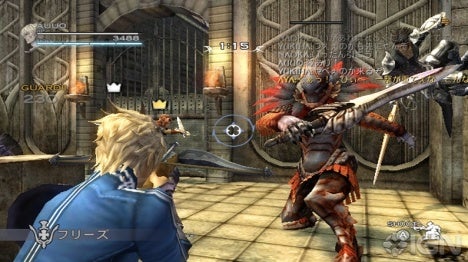 Will North America get The Last Story? Must we endure this fight again?


It seems odd that a console's best hope lies in its past content, that the full year ahead struggles to offer anything of significant quantity and few items of quality. Then again, most of us complain we frequently have too many games to play. Perhaps a chance to breathe - which will be over before you know it, and completely ignores the flood of great games on the 3DS - is just what we need to truly appreciate what Nintendo accomplished with Wii.
0 · Share on Facebook