Although CES focuses largely on flashy and expensive emerging technologies, it's also a great time to see some of the more practical, cost-effective devices that many of us will end up buying later in the year. Perhaps one of the most impressive products in that arena is Tritton's Primer, a new $99 wireless gaming headset for the Xbox 360. 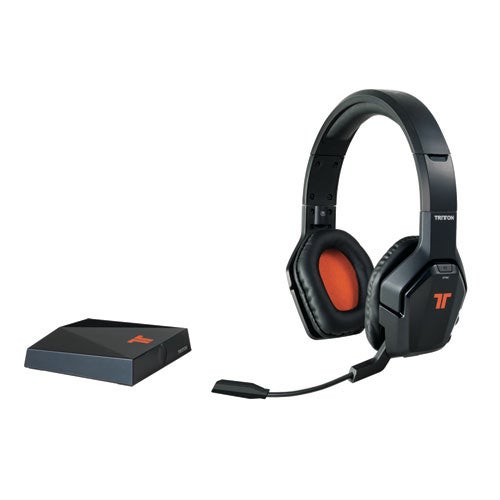 At such a comparatively low price point, my expectations were set -- the Primer was going to be a cheap, decently constructed but low-performance audio solution.


At least I was right about one thing; it is cheap.


While other headsets in its class are often made from cheap materials and are poorly constructed, the Primer felt solid. The headband extenders were tightly mounted and the overall build felt like one solid unit.


The design was actually significantly more compact that I had expected with small, on-ear earcups and a thin chassis. Despite its size, the Primer has a nice bit of weight to it and it is comfortable to use.
Though I wasn't able to inspect the transmitter too closely, I was able to test the range of the 5.8GHz wireless and I was blown away. I was able to leave the suite of the hotel and walk down the hall while still receiving crisp, clear audio from Battlefield 3 being played inside.


What's most impressive, however, is the audio. As part of Tritton's line of Microsoft co-branded headsets for the Xbox 360, the drivers were tuned, in part, by Microsoft's own engineers. While slightly lacking in terms of bass, the Primer had punchy mids and well defined highs. Gunshots had a distinct pop, but not shrill, and although it is not a surround sound headset, the audio sounded three-dimensional.
For more from CES, check out IGN.com/CES.
0 · Share on Facebook
Sign In or Register to comment.
Hey! You will be signed out in 60 seconds due to inactivity. Click here to continue using the site.