Swiffness! PART OF THE CONSPIRACYMembers Posts: 10,128 ✭✭✭✭✭
January 2012 edited January 2012 in The Social Lounge
An area veterans group pledged to fill every seat in Babylon, a downtown Iraqi restaurant where owners feared hatred drove a man to throw a 20-pound rock through a window last Wednesday.

Instead, those veterans filled every seat twice.

Owner Leyla Al-Zubaydi and her father Ahmed Al-Zubaidi said their family was terrified the vandalism was fueled by hate. Ahmed Al-Zubaidi said the incident drove his wife to tears, and prompted her to question whether the family should close the restaurant. The show of support from veterans and the community drove her to tears of joy last night, he said.

"This solidarity gives us the courage to stand," said Al-Zubaidi. "There is no more fear in my heart because there are such nice people behind us." 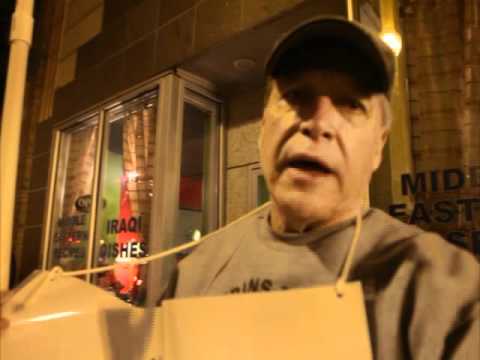 oh and this part's funny -

"Unless this gentleman is lying to us -- and I don't believe that he is -- he didn't even know this restaurant was affiliated with people from Iraq," said Lowell police Superintendent Kenneth Lavallee.

.......so the big-ass "IRAQI DISHES" & "MIDDLE EASTERN CUISINE" signs on the windows weren't a clue?? lol 🤬 cops
0 · Share on TwitterShare on Facebook