joshuaboy Members Posts: 10,858 ✭✭✭✭✭
January 2012 edited January 2012 in IllGaming
Fans are worried, but there are plenty of reasons why the Devil May Cry franchise is in good hands.

Capcom's Devil May Cry series is one of the most beloved Japanese action franchises ever made. Its smooth, action-packed gameplay and incredible sense of style are just two of the many reasons it has such a large and loyal fan base, but perhaps its biggest weapon is Dante. The series' iconic white-haired lead is playful, ridiculously cool and a bad-ass fighting machine. In short, he's an icon.

So when Capcom went to TGS 2010 and unveiled a westernised, Ninja Theory-developed reboot of Devil May Cry, complete with a dark-haired, punk rock redesign of Dante, fans of the series went ballistic. Fanboys May Cry might have been a more suitable name for the reboot. This was apparently just too much of a departure. 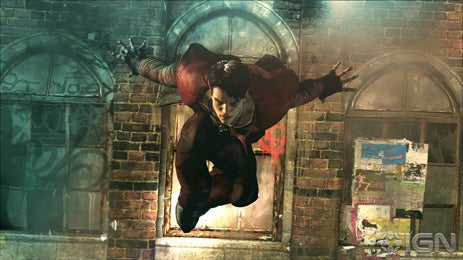 "He is nowhere near shirtless enough for my liking."


But viewed dispassionately, a Devil May Cry reboot is far from a bad idea, and if any developer can pull it off, we think it's Ninja Theory. Here are some of the reasons we believe that the change of developer and approach will breathe some fresh life into the series.


The area where DmC stands to benefit the most from Ninja Theory's involvement is story and character. Both Heavenly Sword and Enslaved were extraordinary in these departments, and by taking the DmC franchise and focusing on relationships and emotive performances over the convoluted otaku-style plots of some of the previous games, we will hopefully get something with wider appeal that will make us more invested. Previous games in the series have always been more about style over substance, so hopefully this reboot will find an equal balance of both. 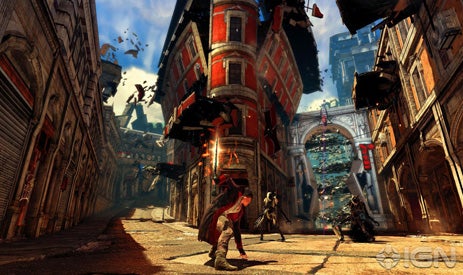 
Furthermore, using techniques picked up from working closely with actor-extraordinaire and performance capture expert Andy Serkis, Ninja Theory has become one of the industry's leaders in emotive character performances. Serkis brought the knowledge he gained from creating such incredible performance capture-driven characters as Gollum in The Lord of the Rings trilogy to Ninja Theory, and in turn the developer delivered some amazing results. Stories anchored in believable characters have driven both their previous titles, and from what we've seen of DmC so far, Ninja Theory seems to be applying what it learned from Serkis to this new title too.

A More Modern Approach to Gameplay


The gameplay in Devil May Cry has always been excellent, but it has also suffered a little from its adherence to old school Japanese gaming tropes. Japanese developers and publishers have been trying to modernise their output this generation - and catch up to western devs - and this is precisely why Capcom has brought U.K. developer Ninja Theory on board for the latest instalment.

In past outings, for instance, different areas have felt oddly disconnected. A new doorway usually meant that the screen would fade away and you would appear in a completely different area. While this is certainly part of the Devil May Cry tradition, I would like to see a bit more cohesion in the game's world. There should be an uninterrupted flow from one area to the next. This kind of thing has become a standard for the genre, with games like 🤬 of War and Darksiders showing us just how much more effective exploration can be when it doesn't feel like you're warping to a new area. It's a lot more confusing to try and follow the progression of the game through a bunch of disconnected, labyrinthine rooms if you aren't processing your journey in real-time. DmC looks to address this. 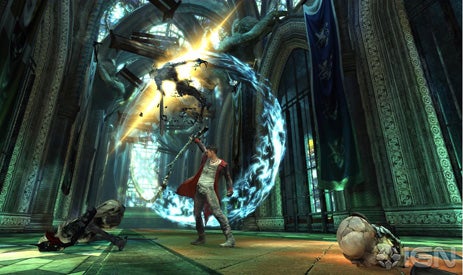 
Battle arenas are also given a little more context. Previous titles had Dante (or Nero, the lead character of Devil May Cry 4) running into an area and triggering a cut scene, bringing up a force field and enemies that spawn into existence before you. While this does still happen in the new DmC, Ninja Theory has introduced an idea that makes this feel more organic. Limbo City has a demon dimension – a living force that that is trying to break through into the real world and actually transforms the city and makes it attack and hinder Dante.

"We wanted to find a reason why the walls would close in and trap you like the classic DmC's do," said creative director Tameem Antoniades to the US PlayStation Blog. "Not only does it trap you, but it spawns enemies like they were blood cells," he continued. "It's like a malignant cancer; it bleeds." It's this kind of approach that makes us think that Ninja Theory wants everything in DmC to occur in a more seamless way.

Sometimes A Big Gamble Pays Off


Regardless of how the different games in the series have scored critically, it seems as though the majority of Devil May Cry's fans consider the first game to be best. Satisfying the 🤬 fans, in other words, is easier said than done.

Capcom took a 🤬 at it, however. Devil May Cry 4 was quite a departure for the series, as most of the game was spent playing as Nero, another slick, white-haired sword and gun-wielder. While he looked similar, his gameplay approach was quite different. His sword was motor-powered and required powering up for devastating attacks, and his arm - the 'Devil Bringer' - was a glowing destructive force of its own. 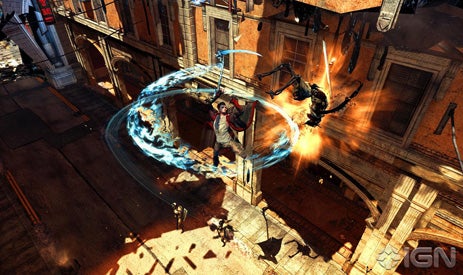 Air combos are a big focus in DmC.

This was clearly Capcom's attempt to try and freshen up the series before it became stale. It's gone one step further with DmC though, handing the series over to a western developer to completely re-interpret it. While this will surely upset some of the fans, the fact that the publisher would rather do something exciting and new that might surprise a lot of people than just go through the motions is telling. Imagine if Warner Bros. hadn't handed Batman over to Christopher Nolan?
0 · Share on Facebook