[IGN] The Best Avengers Rosters Ever

focus The #1 Nigga, I Don't Need No Hype.Members Posts: 5,362 ✭✭✭✭✭
March 2012 edited March 2012 in Quite Comical
We pick our favorite Avengers teams through the decades.

March is here, and that means we're just a matter of weeks away from the start of Avengers vs. X-Men. It isn't the first time these two teams have clashed, but it may just be their biggest fight to date.

AvX will feature the current incarnations of both teams. As we're waiting for issue #0 and the release of the Avengers movie, we decided to spotlight some of our favorite Avengers lineups of years past.

These are our picks, but check back with IGN in a few weeks for your chance to vote on the Top 50 Avengers of all time! 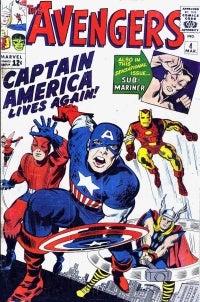 The original Avengers roster was assembled from various up-and-coming Marvel heroes who weren't already affiliated with other teams. Heroes brought together to battle threats none of them could face alone. But that original batch wasn't truly complete until Captain America was fished out of cold storage.

Cap replaced Hulk on the team, who had already bailed out as of the second issue. His "man out of time" struggle added just the personal touch the book needed. This roster didn't last more than a year, at which point the remaining founders temporarily bailed and Cap was left with a new group of criminals and malcontents. 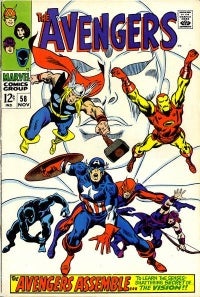 Avengers rosters don't get any more classic than this. Roy Thomas faced the unenviable position of following up Stan Lee on both Avengers and X-Men in the late '60s. But while his X-Men cast remained pretty much the same, Thomas overhauled the Avengers to include both the essential heavy-hitters and a few quirky new additions.

This is the period where the team was truly defined and where many of their most classic conflicts unfolded. Today, any one of these heroes is considered one of the Avengers greats, and no new roster feels truly complete without them. 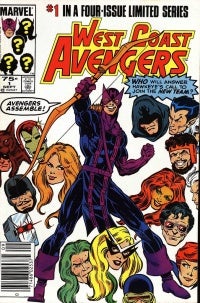 America is a big place. So why does it seem like all the heroes in the Marvel Universe are concentrated in New York City? The Avengers finally branched out when Roger Stern penned the original Avengers West mini-series. In that series, Hawkeye spearheaded a new team based in sunny California. Stern's book was quickly followed up by a long-running series featuring stories from Steve Engelhart, John Byrne, and other stalwart Avengers creators.

Between the main West Coast series and its follow-up, Force Works, this batch of Avengers remains one of the most popular and successful offshoots to date. And though they've disbanded, Avengers Academy is helping to keep the West Coast legacy alive today. 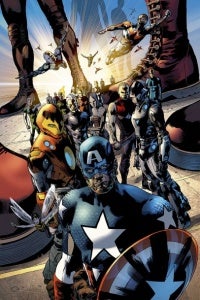 Marvel began the Ultimate line as a way of re-imagining their popular characters in a newer, more modern setting and without decades of continuity to wade through. When it came time to revamp the Avengers, Mark Millar envisioned them as a government-sponsored team of super-soldiers waging war on the 21st Century battlefield.

The Ultimates lineup featured many of the most iconic team members, but not always in the most recognizable forms. Ultimate Captain America was more a man out of time than ever, and prone to being a bully besides. Iron Man was wracked with a terminal brain tumor and could drink regular Tony Stark under the table any day of the week. Thor was believed by all his teammates to be a raving lunatic. And Bruce Banner's jealousy and insecurity led him to become a gamma-powered mass-murderer.

The Ultimates are more dysfunctional than the Avengers have ever been, but that's part of the appeal. 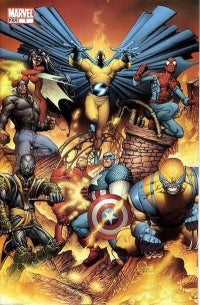 All throughout the '80s and '90s, the X-Men enjoyed their place at the top of the Marvel ladder. It wasn't until Brian Michael Bendis took control of the Avengers franchise in late 2004 that the pendulum began to shift towards Earth's Mightiest Heroes.

Shortly after breaking up the team in Avengers Disassembled, Bendis brought together a new squad in the pages of New Avengers. This team was a unique blend of old favorites and newcomers; of A-listers and cult favorites. The sheer fact that Bendis recruited Spider-Man and Wolverine guaranteed the book's popularity, but Bendis also deserves credit for building up the likes of Luke Cage and Spider-Woman as well.

The New Avengers have been broken apart and reassembled with almost every new Marvel event. But no new roster has ever quite matched the fresh appeal of the first. 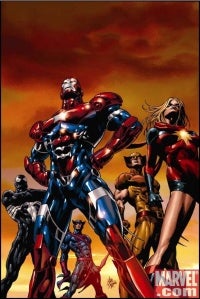 The general public loves the Avengers, and they'll trust anyone wearing a familiar costume. That's the reality that allowed Norman Osborn's Dark Avengers to rise to power. Shortly after becoming America's top cop in Dark Reign, Osborn decided to assemble his own team of enforcers. But rather than recruit Earth's Mightiest Heroes, he gathered some of its worst villains and dressed them up in familiar costumes.

Apart from the novelty of seeing evil versions of Spider-Man, Hawkeye, Wolverine, etc., the real appeal of the Dark Avengers was in watching a highly volatile and unstable group of villains slowly crumble under the pressure. By the time Siege rolled around, it was clear Osborn and the gang were their own worst enemies.