[IGN] The Best X-Men Rosters Ever

focus The #1 Nigga, I Don't Need No Hype.Members Posts: 5,362 ✭✭✭✭✭
March 2012 edited March 2012 in Quite Comical
We pick our favorite X-Men rosters from the Silver Age to today.
by Jesse Schedeen

March is here, and that means we're just a matter of weeks away from the start of Avengers vs. X-Men. It isn't the first time these two teams have clashed, but it may just be their biggest fight to date.

AvX will feature the current incarnations of both teams. As we're waiting for issue #0, we decided to spotlight some of our favorite X-Men and Avengers lineups of years past. 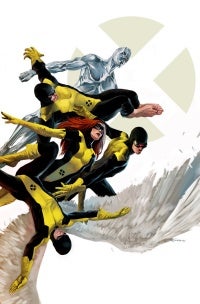 One of the most common complaints about the movie X-Men: First Class? "That's not the original X-Men roster!!! Did they even read the comics?"

While the movie eventually proved itself to be too awesome to stick to continuity, it did sport a much different lineup of original X-Men. In the comics, Xavier's first batch of mutants included big names Cyclops, Jean Grey, Beast, Angel, and Iceman. These five heroes battled many of the most iconic mutant villains (Magneto, Juggernaut, the Sentinels) and laid the groundwork for what would come in the decades after. Eventually Havok and Polaris arrived on the scene as Xavier's first new recruits, but there's something special about the original five. 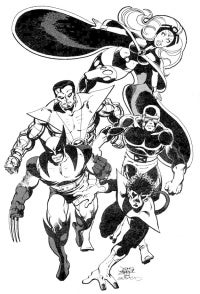 The X-Men are all about learning to survive in a world where you're not only different, but hated and feared because of your differences. Perhaps one reason the book never completely caught on in the '60s is that the effect is diminished when you have a cast that consists entirely of attractive, wealthy, white teenagers.

🤬 Wein brought a nice dose of multiculturalism to the franchise when he overhauled the team in Giant-Size X-Men. Following that, Chris Claremont streamlined the cast and fleshed out new recruits like Wolverine, Storm, and Colossus. The span of time where Claremont and artist John Byrne collaborated on Uncanny X-Men is undoubtedly one of the finest in the series' history. Character drama was always at least as much a focus as action.

These characters number as titans of the X-Men. And just as we never saw all four Beatles work together again after their break-up, there's never been a roster since to include all of the Claremont/Byrne X-Men together. 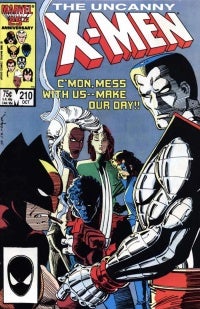 A lot of things began to change for the X-Men as the '80s wore on. For instance, Xavier took an extended vacation in Shi'ar space and left Magneto of all people in charge of the team. Under Magneto's stewardship, the X-Men roster began to diversify and feature a mix of fan-favorites and up-and-coming characters. Storm went through her punk phase and kicked Cyclops out of the driver's seat. Wolverine, Nightcrawler, and Colossus became the mutant versions of the Three Amigos. Younger recruits like Shadowcat and Rogue began to distinguish themselves. Bad '80s hairstyles and fashion ran rampant.

One of Claremont's great strengths during his long stint on Uncanny was his willingness to have characters grow older, evolve, and eventually leave to make way for younger heroes. That's a quality we wish were more apparent in today's superhero books, and it was at its peak during this period of Uncanny. 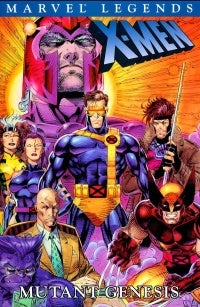 These days the X-Men franchise consists of approximately 75 monthly books and devours entire forests worth of trees in one fell swoop. But in the '80s, Marvel was only publishing Uncanny X-Men and a handful of spinoff titles like New Mutants and X-Factor.

That approach began to change in 1991 when Marvel debuted adjective-less X-Men as the first spinoff series to actually feature the core X-Men characters. The increasingly large group at the X-mansion was divided in half. In the pages of X-Men, Cyclops led the "Blue Team," which included fan-favorites like Wolverine, Gambit, and Rogue. In Uncanny, Storm led the "Gold Team," which included the likes of Jean Grey, Colossus, and newcomer Bishop.

X-Men quickly emerged as the more popular of the two, thanks both to the inclusion of Wolverine and the Jim Lee art. But both titles sold like gangbusters and helped define the look and feel of the franchise for the next decade, as well as heavily informing X-Men: The Animated Series. Many fans still look back on this era with a huge amount of nostalgia. And with last year's Schism mini-series, Marvel has once again divided the franchise into two camps with two distinctly different rosters. 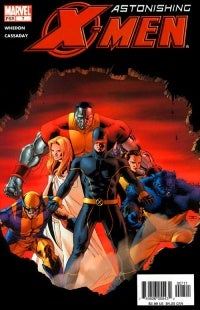 The X-Men franchise had grown increasingly bloated and convoluted over the '90s, until finally Grant Morrison arrived to trim the fat and lend everything a nice, postmodern sheen in New X-Men. And when Joss Whedon arrived on the scene with Astonishing X-Men, he retained most of the core cast members from Morrison's run.

Whedon's Astonishing lineup worked so well because of his "less is more" approach. The roster was kept to a manageable size so that every X-Man had their chance in the spotlight. Wolverine wasn't the star of the show for once. Whedon's impeccable writing meant that every character had a distinct voice and the team dynamic as a whole was as strong as it's ever been. 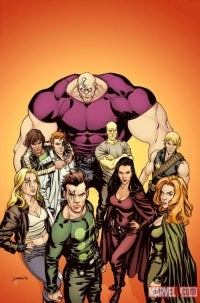 In recent years, the X-Men have been hit by one status quo shift after another. Teams and rosters change every year or two. The one team that has remained fundamentally unchanged through all of this chaos is X-Factor. Madrox brought the current incarnation together in the wake of House of M, and this dysfunctional group has somehow managed to stay together ever since.

X-Factor generally features a much larger cast than Whedon's Astonishing X-Men, but it retains the same playful banter, distinct characterization, and soap opera drama. Peter David has been left to his own devices on the series since 2005, allowing him to spin a long, enthralling drama where characters bicker, fall in love, and encounter one unexpected plot twist after another. With the X-franchise no doubt experiencing another major upheaval after Avengers vs. X-Men, we'll continue to look for the X-Factor gang to provide some stability in our reading.