Superman Should be a Black/Dark Skinned Man 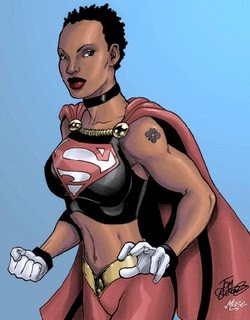 Superman's power is derived from his a molecular reaction to yellow sun.

Superman's powers developed over time as his body absorbed the sun from his childhood to the present.

turning his skin dark as a means of absorbing the maximum amount of sunlight. Light or pale skin is an

evolutionary trait resulting from sunlight deficiency which Kal El would not have suffered from.
3 · Share on Facebook
«123»