who killed big l and why

Nah Son Habitual Line StepperGuests, Members, Writer, Content Producer Posts: 9,367 ✭✭✭✭✭
July 2010 edited January 2011 in The Reason
fact is some guy named gerard woodley was arrested but let got shortly after because there wasnt enough evidence. heres an article ive found that describes some theories about the murder:

"Big L was murdered at 8:30pm on the evening of Monday, February 15th 1999 in front of 45 West 139th Street Harlem, New York. He lived just houses away at 104 West 139th Street. The shooter was one whom Lamont Coleman had known since he was a child. Nine bullets to the head and chest ended the life of a man whose lifetime work was days away from being rewarded. Gerard Woodley of Brooklyn, a man who once sat beside brothers Lamont, Leroy, and Donald to eat, a man openly invited into Terry’s household, shot L several times in the chest to make certain his death, then, to ensure that there would be no open casket funeral, shot him in the face. The ruthless and violent nature of this crime is even surprising to a city where murder is a common occurrence. This callous crime was committed against a childhood friend. Woodley, who was 29 at the time of the shooting had already been arrested earlier that year with Donald Phinazee, and faced federal drug charges for trafficking 🤬 . Woodley was held without bail for the murder of Lamont Coleman, but according to Dan M. Rather, assistant district attorney, he could not be charged because there was insufficient evidence, however, the investigation does remain open. Gerard Woodley is not where he belongs, he is currently free, and he probably will remain that way. He served a brief sentence around the time of L’s murder for an unrelated charge of one count of distribution and possession with intent to distribute 🤬 base.

Lamont’s lifeless body was found outside the Delano Housing project, which was only a block from the very park were he got the gift of gab. Ironically enough, the place where he learned to rhyme, and the common things he spoke of, was what consumed him. At L’s funeral at the George Washington Bridge dozens of hip-hop’s finest attended, members of DITC, and other stars such as Cam’ron and Ma$e were eager to pay respects to their long time friend. The calls would come in that night, offering condolence, from across the world. It appears that Big L was more than just Harlem’s Finest.

The facts are undisputed, however, the explanation is indefinite. What was the reason for the death of Lamont Coleman? The answer is simple: no one willing to tell knows. The theories of his death go from glamourous gangland warfare to a random mistaken identity. One story, as told by an ancient Source Magazine, involved Big L himself as a key figure in an infamous Harlem murder. It would be a case of conflict within the NFL (🤬 For Life) crew, of which all people in this story were members. In this theory Gerard Woodley’s good friend, simply known as “Reggie” was gunned down under the instruction of Big Lee aka Leroy Phinazee, one of L’s two brothers. The night Reggie was gunned down, L supposedly placed a large gold chain around Reggie’s neck, as he continued to say, “You look ill in that”. The shooter was instructed to blast the guy wearing the gold chain. The crime unfolded as planned and eventually word came to Woodley that Lee was the mastermind. As a result Woodley made a plan to 🤬 Lee, however, since Lee was in jail at the time, he was untouchable. In Gerard’s mind he planned to do the next best thing, murder L himself. Note that this is a theory, and the truth behind it is uncertain; also note that L never had a criminal record.

Other stories of L's death involve unknown beefs between Woodley and Lee, unrelated to Big L. These stories involve, drugs, money, and robbery. Keep in mind that Woodley, Lee and L were all in the NFL crew, and had all been seemingly good friends. The original theory was that Big L’s murder was a mistaken identity, this because L had no known enemies. The mistaken identity theory can be dismissed because the identified shooter was in the same street crew as L. As you know no one has ever been charged L’s slaying (Woodley was released because the state felt there was not sufficient evidence), therefore, no one has legally been held accountable, like the killers of other fallen emcees such as Biggie and Pac, L’s killer is still at large."


another thing i read is that his older brother wanted to find out who the murderer was and was also killed two years later. damn. i wonder why every time a rapper gets murdered no one gets arrested and nobody knows what happened. its a shame and its 🤬 up.. 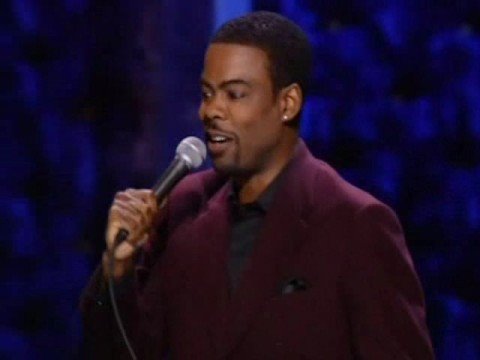 he was an incredible rapper and one can only imagine in what position he would be today.