Is there a such thing as “Real” Hip Hop?

traestar Atlantic City, NJMembers Posts: 6,030 ✭✭✭✭✭
July 2012 edited July 2012 in The Essence
Got this from one of my FB friends this morning check it out

Author is escobar300 (thought it was Nas at first, lol)
Note that to see the extra videos and photos, go to the link:

The battle between “Real Hip Hop” and Commercial hip hop has been going on since the beginning of time. Whenever it be old rappers chastising the new or the new ones feeling that they needed to battle the old ones to gain new stripes. Battling among emcee have always been apart of the origin but one war thats been going on for the longest period of time and thats the battle between Commercialism and authenticity. This civil war among hip hop has created a major division from not even fans, bloggers but also a division among artists. There were times where if an underground artist would even do a song with JayZ or get a beat from Swizz beatz that they “sold out” or “went mainstream” Over the years the extremism among artist has been kept to a minimum but one of the things I want to address is the concept of “Real hip hop” Do a lot of the artist really mean it or are they saying it for record sales?

Many artist have spoken out against the mainstream or commercial aspect of hip hop with disgust, with disdain and such hatred. Theres rappers who’ve stuck with the script throughout their entire careers and continue to supply and eat off the underground. Freddie Bumpy Knuckles Foxxx is one of those emcees. Foxxx may never been the best technical rapper but he’s among one of the brash and vocal when it comes to speaking on weak emcees, commercial rappers and being the savior for real hip hoppers. Never to bite his tongue, copp pleas, or buckle under mainstream pressure. Foxxx been going strong for almost 30 years and possibly one of the few rappers within the culture that will most likely never sell out. Foxxx is one of the few rappers thats been fighting the good war for “authentic hip hop” and keeping the integrity within the culture stabilized whereas many others(Im gonna get to that) seemingly are using the real hip hop banner to re connect with a fanbase that they lost.

Let me be the first to say that there is NOTHING wrong with being a mainstream artist. Hip hop has always been about partying, having a good time, and living it up. The problem remains with the fact and thats also with the rappers themselves is that hip hop has been culturally imbalanced among radio. What people don’t know is Bill Clinton passed a law in 1996 giving the government the ability to control whats being played on radio and what type of music that the masses are gonna be forced to hear. The complaints have been minimum due to the emergence of talented artists such as DMX, JayZ, Eminem, 50 Cent, Snoop Dogg, and many other acts whom emerged in the 90s-2000s whereas now are nothing more than carbon copies of the next persons style, flow, dress code, and image. Many have said this been happening since the beginning but the difference between then and now is that the music aside from a selective is JUST NOT GOOD.

Another problem that I have is with artists that put themselves in a position or on a pedestal that they ARE hip hop and that their agenda is to SAVE hip hop from the wack rappers or the powers that be when in reality their agenda is more of the same as a “commercialized” rapper. Don’t go knocking the next man for being commercial and trying to eat while using an angle to deceive people when in reality you’re doing more of the same. At the end of the day every last one of these rappers especially the conscious rappers are in it for the PAYCHECK.Examples are below:

You have Common who after dropping a dud with Universal Mind Control using the “real hip hop angle” to get his credibility back. He started throwing shots at what would considered to be the poster child of pop/rap music at the time Drake. At first Common dodged and ducked around it until eventually he had to admit it. His record Sweet would go on to be one of the best records of 2011 and had many people believe Common Sense of old has resurrected to save hip hop. BUT once again Cash Rules Everything Around Us and you can see Common nowadays doing hardbody songs like this: 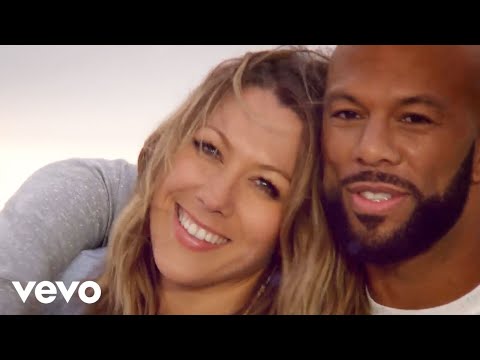 The 2nd one on the list is KRS One. KRS One has built a career off calling out sell out rappers and even going as far as to call himself 🤬 . He spent his entire career going against the machine and representing real hip hop. But when Sprite came calling. The Blastmaster flipped the script and took the check from not only sprite but also from the Hip Hop Antichrist at the time P-Diddy and Nike. But yet he wanted to call out that kid from St Louis? Cmon son!


Next up you have Nas. Whom is possibly one of the most gifted and prolific rappers to ever grace the mic Lyrically. This man is INCREDIBLE and the catalogue speaks for itself but there are many instances where Nas has proved to be possibly one of the most confused individuals to ever speak. Take the Hot 97 incident where he called out commercial emcees, called out the evil empire in Def Jam and talking about how he’s the one thats gonna bring back authentic hip hop when in reality Esco tried selling out MANY times throughout his career. Many would have believed that had it really popped off that he would have continued dropping Oochie Wally’s and You Owe Me type of tracks if it was continuing to double his dollars. Homeboy spent the bulk of his career trying to cross into the mainstream but when that didn’t work, He tried playing the savior angle to save his career and it worked.

The problem with Nas’s statements is while it was what people wanted to hear. Everything that was coming from his mouth was shut down with a contradiction and meant no merit because not only did he bow down to Hot 97 months later, He ended up signing with the same exact evil empire he was condemning YEARS LATER.

Nas going against commercialism and the evil empire. 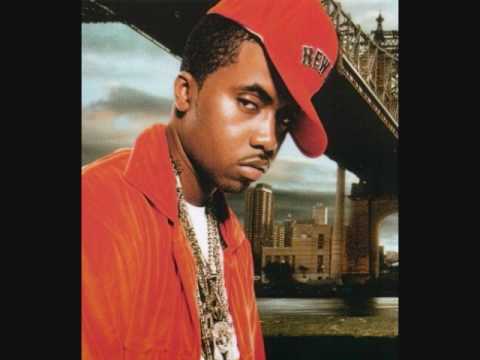 Now before people rush and inbox me with hate mail. The true bottom line of this is that I have nothing against these artists personally. I LOVE their music and long as they continue to make good music, I’m gonna continue to spread and promote it. My problem with alot of these guys like the 3 I mentioned is that they spent many instances attacking their peers for the music they make and I somewhat I agree with their stance. Theres nothing wrong with checking these garbage rappers out here and making them actually try to put an effort in. The problem I have with these guys is that they at a moment in their careers when it was either fading or the record isn’t selling is that they use the “real hip hop angle” or “I’m bringing real hip hop back” or “The illuminati is holding me back” Whatever the case maybe, It’s clearly obvious that alot of these dudes preaching about real hip hop aren’t above the dollar.

Its like the late Ol 🤬 Bastard once said, Who wants to be an emcee if you can’t get paid to be a 🤬 emcee?