Video:Tips For Surviving A Workplace Shooting... 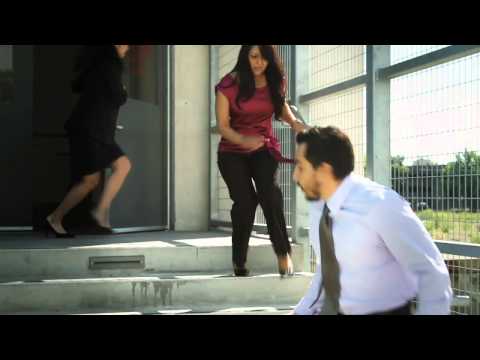 “It may feel like just another day at the office but, occasionally, life feels more like an action movie than reality.”

Those are the opening lines of a new video produced by the City of Houston Mayor’s Office of Public Safety and Homeland Security. The 6-minute PSA, titled “RUN. HIDE. FIGHT. Surviving an Active Shooter Event,” features actors staging a workplace shooting, while a narrator offers tips to viewers.

“[Shooters’] motivations are different, the warning signs may vary, but the devastating effects are the same. And unfortunately, you need to be prepared for the worst,” the narrator says, moments before an actor playing a shooter, dressed in black and wearing sunglasses, opens fire on a security guard and a woman in a red blouse.

The video’s title instructions — run, hide, fight — are touted as the “three things you can do that make a difference” during a shooting. Running and hiding are the video’s first suggestions. Fighting is presented as a “last resort.”

“Commit to taking the shooter down, no matter what,” the narrator says during the “fight” section, as actors arm themselves with items found in a break room.

The video was finished several weeks ago, but was put online last Monday, after the mass shooting at a movie theater in Aurora, Colorado.

“We didn’t release it at the time because we didn’t know it was relevant. Now it is,” Dennis Storemski, head of the Mayor’s Office of Public Safety and Homeland Security Department, told The Houston Chronicle.

“Run. Hide. Fight” is a Department of Homeland Security grant-funded project of the Regional Catastrophic Planning Initiative, and part of a larger Ready Houston initiative. A Spanish-language version of the video was also produced. (“Corra. Escondase. Pelee.”)