Lou Cypher Make Reasonable Choices.H. E. Double Hockey SticksMembers Posts: 52,521 ✭✭✭✭✭
September 2012 edited January 2013 in The Essence
(AllHipHop News) Veteran MC Pharoahe Monch has announced a new album titled P.T.S.D. (Post Traumatic Stress Disorder).
The album is being released through Pharaohe Monche’s independent label, W.A.R. Media in partnership with legendary Hip-Hop label DuckDown Music.
P.T.S.D. (Post Traumatic Stress Disorder) is a conceptual album that takes the listener through the trials and tribulations of an independent artist, a black male, who is at war with the music industry.
The first track from the album is titled “Damage,” which was produced by Lee Stone.
According to representatives for Pharaohe Monche’s W.A.R. Media, the rapper is currently planning a fall tour to support the release with Jean Grae and Mr. 🤬 .
Check out “Damage” here, or visit www.Pharoahe.com for more information on P.T.S.D. (Post Traumatic Stress Disorder) and tour dates.

Yall excited? i know I am. Dude aint dropped a wack album.

This is taken from a HipHopDX interview from November:

DX: On W.A.R., the conflicts were largely “man vs. machine,” with a little bit of “man vs. self” at the end with “Still Standing.” Is P.T.S.D. going to be more of “man vs. self?” conflicts, dealing with the internal? 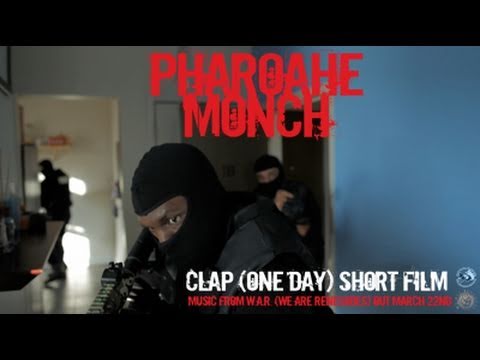 We know Pharoahe is known for multi-syllabic rhyme schemes, flows, vocabulary. But this record gets really with depression. Depression from medication. Depression from the music industry. Trial and tribulations. You expressed in “Still Standing” that you have asthma, but where are you with it now? Are you better? What are you doing? How’s the health care working out with you and all of that? It’s not easy. That’s what I like about this record. It’s not easy. It’s challenging, and it’s risk-taking. There’s a record on here that one-hundred-and-thirty-one beats per minute. So pulsating, it’s a protest record. Before performing this record, I will explain how I will be able to tell who has a living thing inside of them, because there’s no way...you can be a fan of music—I’m not saying you have to like this record, but you have to feel this record. I’ve been listening to this song repeatedly…and I’m just eager to see if people can handle that tempo.

DX: Will P.T.S.D. feature any of your own production?

DX: Are you consciously producing less these days? W.A.R. had less of your production than either Desire or Internal Affairs.

Pharoahe Monch: I think after this project, it’s going to allow me some time… I have a whole horde of melodies, harmonies, arrangements, samples, that have been sitting there for a while. It just hasn’t been what I’ve wanted to express. My anxiety comes from having enough time to get all of this stuff out of my head.

DX: Are any of those items you’re planning to use down the line for some of the projects that you’ve mentioned you wanted to do? You mentioned a “female-friendly EP” and Rock vs. Disco.

Rest of the interview.

Release date: Was originally slated for the fall of 2012. Didn't happen. There's still no official release date according to Wikipedia.
2 · Share on TwitterShare on Facebook