A pirate's life for me?


Earlier this year, Ubisoft's CEO announced that a new Assassin's Creed game would be coming this year. That was no surprise, though the fact that the game would star a new hero in a new era was something worth noting. Today, Kotaku appears to have uncovered precisely where that game will be set - and what it will be called.

A photo of a poster, set to run in game stores this coming Monday, March 4, was sent to the outlet, indicating the name of the next AC game will be 'Assassin's Creed IV: Black Flag'. The poster, illustrated by Todd McFarlane, also clearly showcases a new assassin in a pirate-themed era. This also lines up with multiple rumors from earlier this year, suggesting Ubisoft's time-spanning saga would be moving to the Caribbean.

Here's a look at Kotaku's poster: 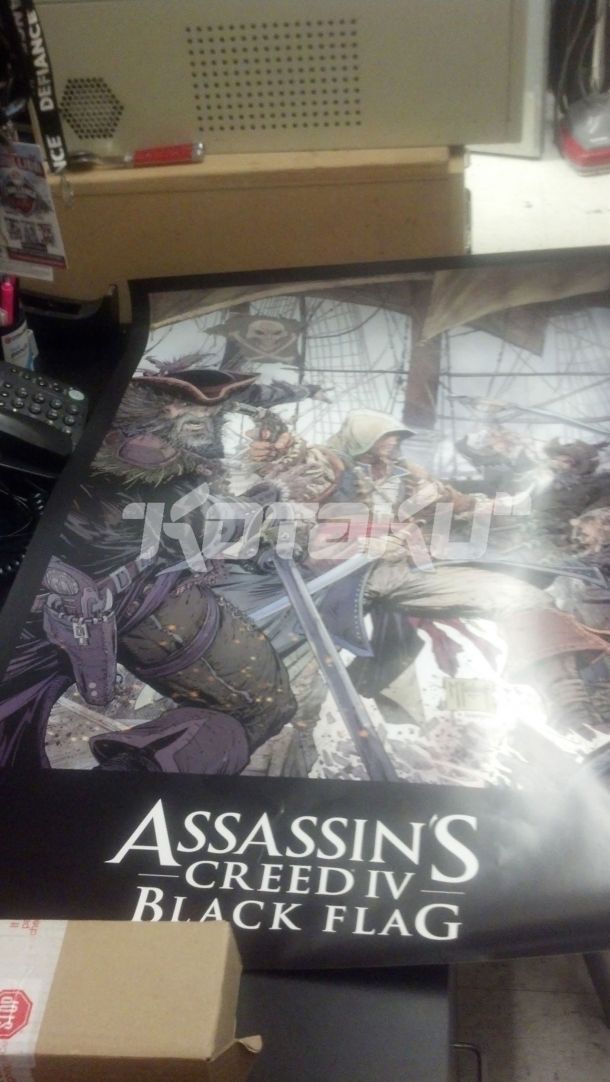