We’ve got exclusive details on the follow-up to the PSN-exclusive strategy RPG.


Rainbow Moon came exclusively to PlayStation 3 in the summer of 2012, and IGN was the very first site to tell you just how good it was. We also gave you the very first word of the Vita port of Rainbow Moon, which is due out later in 2013.

But Rainbow Moon sold well enough that its publisher – EastAsiaSoft – has dispatched well-liked indie PlayStation developer SideQuest Studios on a sequel. It will be called Rainbow Skies, and it’s due out in 2014.

“Built on Rainbow Moon’s system, Rainbow Skies is a completely new game that is set in a new world with new characters and a new story,” SideQuest Studios’ Marcus Pukropski said in a statement. “A lot of feedback has been taken into consideration and we are confident that Rainbow Skies will offer an even deeper and more versatile gameplay experience, while staying absolutely true to its roots.”

Rainbow Skies is promised to contain new features, though. Monsters can be captured and used in battle, the game will contain new combos, there will be “new treasure-hunt quests and “an improved side quest system”, and more. 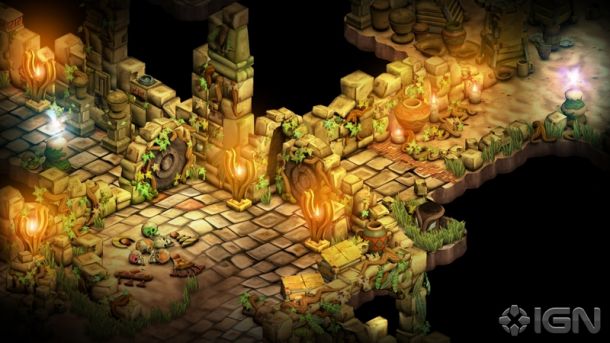 But we have exclusive details on Rainbow Skies that you won’t find anywhere else. We can’t confirm platforms for you quite yet, but Nils Ngai from publisher EastAsiaSoft did tell me this: “[Platforms] are still unconfirmed at the moment but given our track record, chances for being a PlayStation exclusive are high.” So you can read into that what you will.

Here are the other details Ngai shared with me about his upcoming game:

Rainbow Skies will have two parallel worlds that the player can explore, a light and a shadow world. Everything will be really green and colorful in the light world, while the shadow world will have a much darker theme. There will also be some interactions and connections between these two worlds.

[EastAsiaSoft and SideQuest Studios] will be focusing on a much stronger visual variety in Rainbow Skies. There will be a lot more assets this time to avoid repetition. For example, each dungeon will have a completely different theme with unique objects. Whenever the player explores new regions or a new dungeon, he will instantly feel that he is in a new place. This will also be supported by an even wider range of background music tracks.

We will be using a slightly different camera perspective for Rainbow Skies. All characters and objects will be a bit larger and consequently show more details.

The story in Rainbow Skies will be told through an improved dialog system. There will also be a new emotion system that allows better expression of the characters' personalities.

The battle system will remain turn based but [EastAsiaSoft and SideQuest Studios] plan to add a few new action elements during dungeon exploration. For example, there will be traps and projectiles that the player has to evade. In addition, there will also be more puzzles for the player to solve. 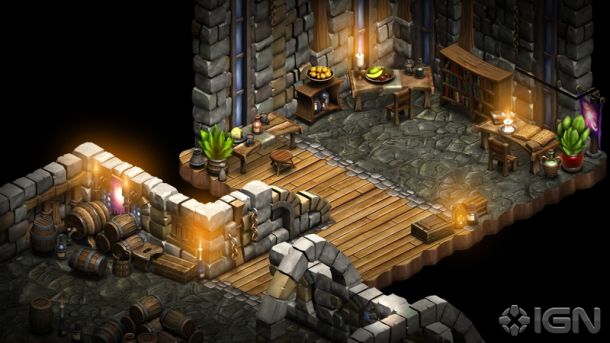 We will have more on Rainbow Skies soon. In the meantime, check out the video below of its predecessor, Rainbow Moon, being played on PlayStation Vita. This version of Rainbow Moon – which will support cross-save with PlayStation 3 and other special features – is due out later in 2013.