N!ggas getting too emotional....this guy is too stupid to be embarrassed

2stepz_ahead Who I am is Complex, What i am, simply put. I'm a Threatwalking out the lions denGuests, Members, Writer, Content Producer Posts: 32,324 ✭✭✭✭✭
March 2013 edited March 2013 in From the Cheap Seats
http://www.yardbarker.com/nba/articles/msn/former_nba_player_renaldo_balkman_chokes_teammate_overseas/13085227?refmod=msn_art_top&ref_art_id=13083568 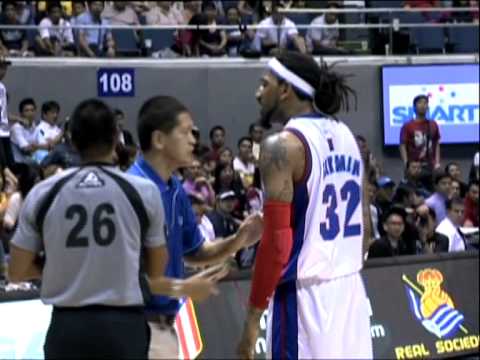 Renaldo Balkman was drafted by the New York Knicks in the first round of the 2006 NBA Draft and went on to have a brief, uneventful career with New York and the Denver Nuggets before traveling overseas to play in the Philippine Basketball Association.

Apparently during a late game situation Balkman was aggravated by an official’s call, and that eventually led to Balkman choking one of his own teammates, Arwind Santos.

Balkman has since taken to Twitter to apologize for the incident:

I wld like to apologize to the fans, Petron Blaze, my teammates, the PBA and especially @tubidronald71 and @Arwind029

I got caught up in the moment of a very intense game.I respect @Arwind029 as a person & player.I am proud to be part of @PetronBlaze fam.

This was unintentional towards @arwindsotnas, I am a team player who always has the best interest of the team at heart.
0 · Share on TwitterShare on Facebook
«12»