Amazon has snagged a massively high-profile client, according to Federal Computer Week: the Central Intelligence Agency.

Citing anonymous sources, FCW said the $600 million cloud computing contract covers the next decade, and is aimed at helping the CIA build a cost-effective private cloud infrastructure to keep up with emerging technology.

Neither Amazon nor the CIA immediately responded to PCMag's requests for comment. Both agencies declined to comment to FCW; a CIA spokesman told the site that, "As a general rule, the CIA does not publicly disclose details of our contracts, the identities of our contractors, the contract values, or the scope of the work."

During recent speaking engagements, though, CIA Chief Information Officer Jeanne Tisinger told the Northern Virginia Technology Council board of directors that the agency is "leveraging the commercial sector's innovation cycle, looking for cost efficiencies in commodity IT, and using software-as-a-service for common solutions," FCW said.

Currently, the CIA's cloud strategy consists of a number of small, highly specific private clouds. But a partnership with Amazon could mean public cloud computing inside the intelligence agency's secure firewalls, "thereby negating concerns of classified data being hosted in any public environment," FCW said.

The CIA could benefit from a more secure cloud system, following last year's Anonymous takedown of the agency's website, as well as hits to the Department of Justice, the Copyright Office, and the FBI. A year earlier, the CIA site was hacked by Anonymous offshoot Lulzsec, though there were no details about the effects.

Just like any company, the Central Intelligence Agency is trying to filter the massive amounts of data that are being produced by both people and machines, and find the signal in a growing volume of digital noise.

If you think that’s complex and you think you know this – in fact the health guy from Aetna and others were just talking about this a little bit before – there’s these three emerging forces of Nano, bio and sensors. You’re already a walking sensor platform. You guys know this I hope. Your mobile device – your Smartphone, your iPad, whatever it’s going to be – has got any number of these things. In fact, I think this is a limited list of what’s inside these devices and what’s going to be emerging inside these spaces. As you walk around – and remember, I told you mobile is not secure – you are aware of the fact that somebody can know where you are at all times because you carry a mobile device. Even if that mobile device is turned off. You know this I hope. Yes? No? Well you should [laughter]. Cause it’s really important.

What’s happened is that if you’re a Star Trek fan, like I was when I was a kid, what’s current now is that this mobile platform, your Smartphones, have turned into your Communicator, they’re becoming your Tricorder, and actually they’re becoming your Transporter. How do you get on an airplane these days? Do you walk up with a piece of paper like I do, because we don’t do mobile very well in my place? You walk up with your little boarding pass symbol and you wave it in front of the magic thing and you get transported to wherever it is you want to be able to go.

It’s also becoming your mobile health platform. Right now you can buy plug-ins for a pacemaker, they do blood-sugar monitoring, insulin control, all these health-monitoring things. The health industry itself is looking very hard at how they can begin to do remote health monitoring to you, so they can continue to pay attention to what’s happening to you and your body, and then to be able to do things like a remote tune-up. Gus talks very fast, and so I’m just very worried about the fact that somebody’s going to hack my remote tune-up and crank up my little pacemaker thing, and then I’ll talk a whole lot faster to you guys. But this is something we have to worry about because if you think about cyber-threats as they emerge, it’s not just against your business. Ultimately it’s going to be against you and your health. These are things that will be at risk if you’re not careful.

In fact, if you think about your mobile sensor platform, there’s a really cool little app – Activity Tracker. It’s a little Android app – have you guys seen this anywhere? What they’ve discovered is fundamentally they take your 3-axis accelerometer on your phone – I actually carry a Fitbit. You guys know the Fitbit, right? It’s just a simple 3-axis accelerometer. We like these things because they don’t have any – well, I won’t go into that [laughter]. What happens is, they discovered that just simply by looking at the data what they can find out is with pretty good accuracy what your gender is, whether you’re tall or you’re short, whether you’re heavy or light, but what’s really most intriguing is that you can be 100% guaranteed to be identified by simply your gait – how you walk.

Now this could be a really good thing. Think about this as a security app. If you’re walking along and you want to access your bank code, maybe it could become simplified because they can with absolute assurance know it’s you by your gait trying to do something with your bank. On the other hand, if you don’t want to be found or you want to protect yourself, maybe you don’t want to have somebody know what your gait looks like so they can figure out where you are at all times.

What’s curious is as you start to put these things together, the inanimate becomes sentient. We’re already seeing this happen. IBM is already talking about their Smarter Planet. Google has their self-driving car. You’ve got machines that know your needs – at the last CES show, did you read the article about the refrigerator that reads your items as you put them in and take them out, and sends you an email on your Smartphone to tell you ” Get your milk”? My dystopian view of the future is the following: on Friday evening, I’m really tired, I’ve had to work late, I get into my self-driving car, I say ” take me home,” and it’s going to take me where? Safeway, to get the damn milk [laughter]. Why? Because it knows better, because you would totally go get the milk [laughter]. So some good things here, but also some maybe not so good things. 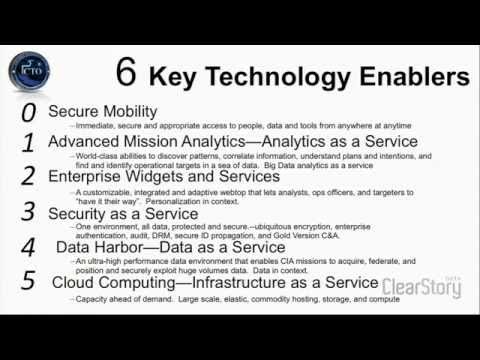