ImTheKangRoundHere Members Posts: 4,649 ✭✭✭✭✭
March 2013 in From the Cheap Seats 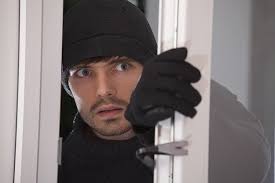 These celeb athletes will never learn…you just can’t trust a damn groupie lol! New York Giants defensive tackle Shaun Rogers is the victim of an apparent burglary while he was staying at the Fontainebleau in Miami Beach.

Rogers, 34, told police he left his room around 1 a.m. with some friends and headed to Club Liv. While at the club, Rogers and his group allegedly met a woman (NOT seen above) who the group would bring back to Rogers’ room, according to Miami Beach Police.

Rogers said he put his valuables in the room safe when he returned around 7 a.m. and the party continued until the nose tackle fell asleep. According to police, Rogers said at 12:30 p.m., he awoke and found the woman the group had met the night before was no longer there.

Once he realized the woman wasn’t there, Rogers told police he tried unsuccessfully to get into the room’s safe. Hotel security then came to the room and was able to pry open the safe and found Rogers’ valuables were missing.

Rogers did not play in 2012 after signing with the Giants and spent the season on injured reserve.