Ajackson17 On the shoulders of Giants and Elders in historyUniverseMembers Posts: 22,501 ✭✭✭✭✭
May 2013 edited May 2013 in The Powder Room
In this thread where everyone can pitch in and show who they think what IC lady makes what Goddess. 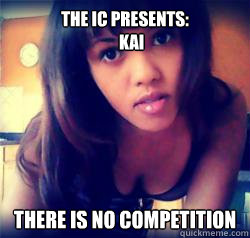 Is the equivalent of

You have never attacked a poster without reason and you are the Goddess of Defensive war and intelligence. You have proved time and time again that you are without a doubt the most intelligent female and possibly the most intelligent on this forum. Many foes have come for your neck and try to attack your heritage, but time and time again you defeat them with the same weapons they used on you and you turned their anger into their greatest tragedy.


This is a series and I will continue....