Angela (from Image) is coming to the Marvel universe

Copper The WickMembers Posts: 49,532 ✭✭✭✭✭
May 2013 in Quite Comical
Today, Marvel Comics gave us the first look at their version of Angela, the long-standing Image Comics character created by Neil Gaiman and Todd McFarlane. At the end of Age of Ultron, Angela will be arriving in the Marvel Universe for the first time, now that Gaiman has the full legal rights to her. Marvel honcho Joe Quesada has now revealed his redesign of the character, as seen below.
Originally intended as a big surprise ending, the spoiler of her arrival was leaked, so now Marvel's making it pretty public.

“Angela is going to make her mark rather quickly. She's going to hit the ground running and cut a large swath through the Marvel Universe – both literally and metaphorically,” Quesada said. “ We have huge plans for her, and the mystery of who she is and where she comes from is something I think Marvel fans are going to be blown away by. Actually, I know they will!”

It seems that Angela will also be appearing in Guardians of the Galaxy, as Gaiman will be joining Brian Michael Bendis and Sara Pichelli for an arc that starts with issue #5.

“It’s no coincidence that Angela’s debut comes around a time when we’re reminding fans that there’s a reason we call the space our stories take place in, the Marvel Universe,” said Axel Alonso, Marvel's Editor In Chief. “What Neil and Brian have planned for the character in Guardians of the Galaxy is going to definitely turn some heads, and nobody can miss where it goes from there!”

So, here you go. What do you think of all this? 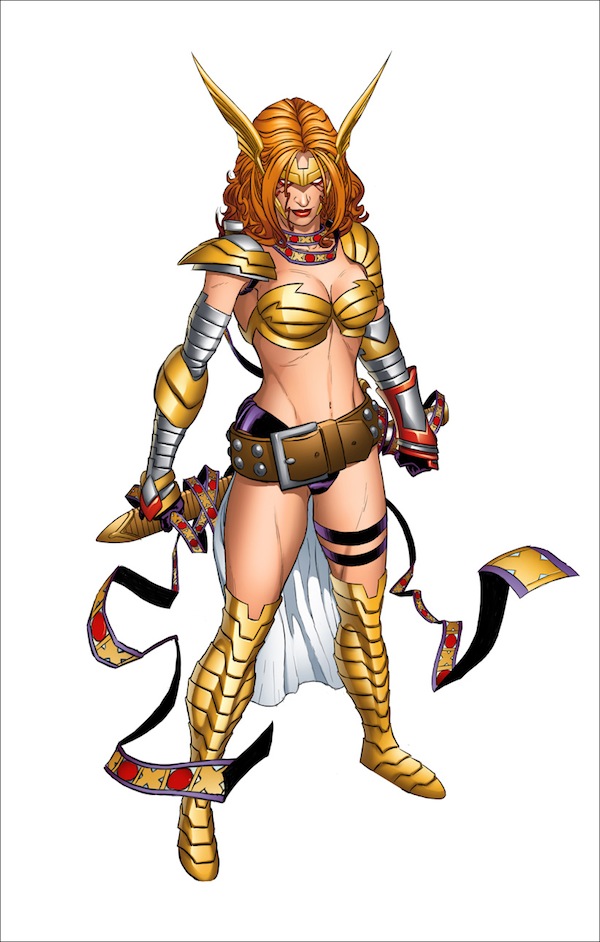