(Let's have a little fun)...the MJ/KB24/LBJ triangle through the world of DBZ

Mister B. Still the Devil's #1 Advocate. Come on out that box!Members, Writer Posts: 16,171 ✭✭✭✭✭
June 2013 edited June 2013 in From the Cheap Seats
First off, yes I did just make this up. I'm bored, and you all need something to distract you till Game 7.

Now, then: I believe I may have come of with the most concrete explanation as to where Jordan, Kobe, and LeBron will fit in the eyes of the NBA world, by crossing it up with something A LOT of us on this board can relate to:

(Before any of you 🤬 tell me you never did watch that 🤬 , I'm calling ducktales in advance. That thread has some serious numbers, and I know I've seen a good piece of you in there, so stop that 🤬 now.)

So, as it pertains to these three, here's how they are ranked now, and probably will be for all-time in the minds of the public if you know both the NBA and the DBZ worlds: 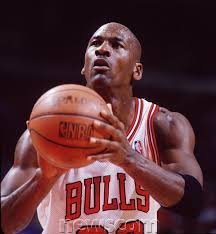 MJ/Goku
The greatest of them all. The one everyone loves and looks up to. The supreme legends of their worlds. Almost revered on as Gods - heroes, definitely - of their universes with the devotion and worship they receive. And why not? They've battled the best, and pretty much beaten them all. Which makes both these guys so special is that they play/fight not mostly to just win, but to test the absolute limits of their fullest potential....then surpass it. This drove them to new heights, unlocked new power within them, and was subsequently the source of their greatest strength: their determination and instinct. The will to never, EVER give up a fight (Well, Goku did once, but only cause it was part of a plan against Cell.) and when it was all on their shoulders, just did WHATEVER it took to win, which paid off almost always. And left sons on to "try" to carry their names (For MJ, this is more metaphorical as the NBA tried that whole "Next Jordan" thing about billion times)

Obviously, where MJ and Goku differ is that while Goku is a geniunely nice guy off the battlefield, Jordan turned out to be a complete 🤬 off the court. However, in the heat of battle, every teammate they've ever had would never say they didn't want these guys as their leader....or close to it (Minus Craig Hodges, of course...he HATES Jordan.) Kobe/Vegeta
A BAD muthafucka. So nice, that they're seen as the ultimate rivals to the top dudes in MJ/Vegeta. Takes no prisoners, shows no mercy, and for the most part, dominated. Also, VERY arrogant and demands to be treated like royalty, which he should, because he actually IS from other people who were warriors in that realm (Jellybean Bryant/King Vegeta) Way more wins than losses, but enough losses to not be considered "the guy" in their respective universes. And, at least on one occasion, has been known to mail it in, which is one of the glaring differences between them and the ultimate heroes of their domains. The main difference from them and their rivals is simple: These two want to simply want to be THE BEST; to show everyone that they're #1 - even better than who their world views as the greatest. Unfortunately, it has become it's own obsession, which really became their roadblocks from being considered just that, especially since at the heart of these two, they're purely selfish...on the field and off. This one fact, this one misvirtue, is the one thing holding them back from ever claiming that distinction, and they'll never be able to conquer this, because it's what also makes them...them.

We still 🤬 with them overall, but no matter what happened or will happen, as a whole sports/anime universe, we'll NEVER put them over the "Gods" of this 🤬 . 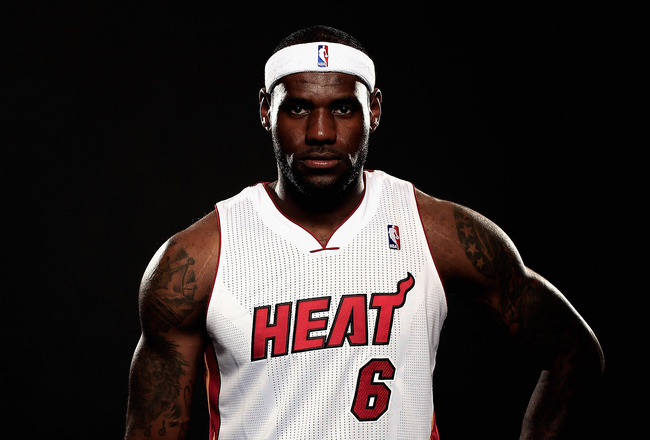 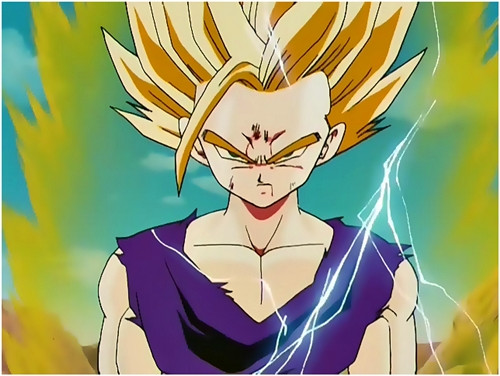 LeBron/Gohan
The truest 2nd coming. The "annointed" one. Certainly, the most naturally gifted out of the three. The one who was supposed to - or, almost prophesied to, anyway - surpass everyone one day, even their "fathers", because they were a special hybrid version that made them stand out. Trained by a whole bunch of people, even switched up uniforms to battle as they grew older.

The main weakness with these two has nothing to do with their physical state. Honestly; they're stronger, faster, and more powerful then anyone, but INSIDE is where they fall. Their heart and mind really isn't into 🤬 , nor trying to be the strongest ever, or even pushing themselves to new heights. At the core of it all, they really just want to have fun and be at peace with their gifts, while getting a win/chip here and there. We give this guy credit because he's pure hearted, and really just wants to co-exists with the team. Unfortunately for them, because they are constantly measured up to the two before them, all of this is considered mental fraility...and in some cases, it's 100% accurate. Sometimes, their heads aren't just in it, and it gets the 🤬 kicked out of them. Not to mention they start this whole self-doubting issue that becomes a mini-soap opera in itself, where they are prone to psyche themselves out, and we all watch and wonder in bewilderment/dissappointment/slight misbelief as to when they're going to simply snap the 🤬 out of it and MAN UP.

However, when they have been pushed to their absolute limits, that true power of theirs comes out, and then 🤬 the 🤬 : they WRECK some 🤬 , and show the world why they really COULD BE unfuckwitable...if they truly WANTED TO BE unfuckwitable. Skill-set wise, in their primes, they really DO surpass both MJ/Goku and Kobe/Vegeta, which is mostly due to their natural abilities. However, we find out that over time, when they actually worked at their crafts and combine it with their hidden powers, they really are an awesome spectacle to behold. It's just too 🤬 bad they never really sustain it. Even when they finally figure out HOW to sustain their true powers, it still takes a little bit of help from outside forces to achieve ultimate victory. (Vegeta's bail out energy blast on Cell to give Gohan that final momentum push/Ray Allen's season-saving three from Game 6)

With these two, the biggest question will always be this: what if? What if, coubled with their abilities, they had that eternal switch of killer instinct from the JUMP? How strong would they be/could they have been when it's all over? Could they have TRULY toppled their forefathers and become THE greatest ever?

Obviously, LeBron CAN save this from becoming his true legacy, but his personality dictates that more than likely, he won't. Doesn't matter. He'll be loved/hated just the same.

And yes, I am aware there are minor differences in all these characters, but this is the general gist of the 🤬 . Enjoy.
28 · Share on TwitterShare on Facebook
«1234»