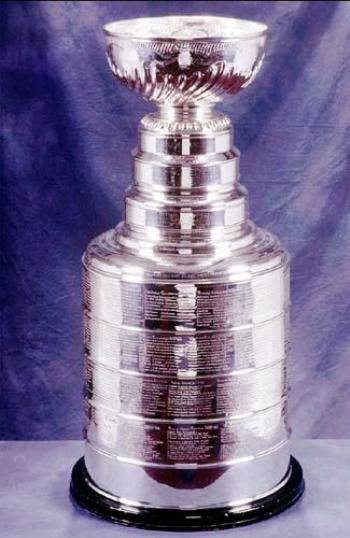 
Your name is engraved on it, only one trophy is used, and you get to "kick it," with the Stanley Cup. The each member of the winning team of the Stanley Cup Playoffs gets to keep the Cup for a day. Personally, I let the 🤬 end up in 🤬 movie, take it on safari and pose it next to a dead lion, take it to a nudey bar, or North Pole.

Other cool trophies are:

Did any of you 🤬 who played Pop Warner, high school, or college football ever do a Heisman pose?

The winner of the Indianapolis 500 gets his face on the Borg-Warner Trophy.

The Vince Lombardi Trophy is cool too, especially when you have hella of them.
4 · Share on TwitterShare on Facebook
«123»