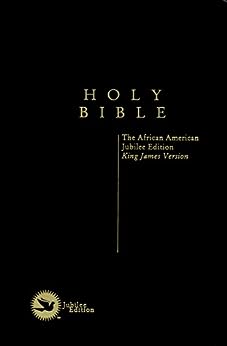 Isaiah 17:1
The burden of Damascus. Behold, Damascus is taken away from being a city, and it shall be a ruinous heap.

Unidentified snipers in Syria have shot at and damaged a vehicle being used by UN chemical weapons investigators trying to reach the site of a suspected poison gas attack.

The UN convoy of six vehicles came under fire on Monday in the buffer zone between rebel and government territory near Damascus as it travelled towards Ghouta, the site of the suspected attack last Wednesday.

"The first vehicle of the investigation team was deliberately shot at multiple times by unidentified snipers in the buffer-zone area," UN spokesman Martin Nesirky said. No one was injured and a replacement vehicle was obtained, he added.

Western powers claim that potential evidence in the area has probably been destroyed by heavy government shelling over the past five days.

The six-car convoy of chemical-weapons experts wearing blue UN body armour was accompanied by a car of security forces as well as an ambulance.

News agencies later reported that the convoy had continued and had reached Moadamiyeh, one of the areas hit by the alleged chemical attack. Al Jazeera could not confirm those reports.

The alleged chemical-weapons attack in Ghouta killed 355 people and injured thousands, according to the aid group Medecins Sans Frontieres.

The UN announced on Sunday that the Syrian government and rebels had agreed to observe a ceasefire in the Ghouta area during the visit.

It said the rebels and government were responsible for the safety of the inspectors on the ground.

The agreement between the Syrian foreign minister and the head of the UN delegation "is effective immediately and it will allow UN delegation to investigate allegations of using chemical weapons on August 22 in Damascus suburbs", Syrian state TV reported.

On the diplomatic front, Francois Hollande, the French president, told his US counterpart Barack Obama on Sunday that he concluded that the Syrian regime was behind the attack.

"The two presidents agreed to stay in close contact to arrive at a joint response to this unprecedented aggression," Hollande's office said.

William Hague, the UK foreign secretary, has said that any evidence of a chemical attack may have been destroyed.

"The fact is that much of the evidence could have been destroyed by that artillery bombardment," he said on Sunday.

Remarks of William Hague, the British foreign secretary, on the alleged use of chemical weapons in Syria

The government of Bashar al-Assad has denied responsibility for Wednesday's attack and blamed the rebels fighting Assad's forces of the same.

The rebels have held the regime forces responsible for the attack.

The US government has been under mounting pressure to act, with Obama having defined the use chemical weapons as a "red line' for Syria.

Syrian Deputy Foreign Minister Faisal Mekdad speaks during an interview with the Associated Press at his office, in Damascus, Syria, Monday, Aug. 26, 2013. Mekdad said Syria is cooperating with a U.N. team that is investigating an alleged chemical attack last week and vowed the country will defend itself if the U.S. or others launch military action against it. Hassan Ammar / AP Photo

DAMASCUS, Syria -- A senior Syrian official said Monday that his country will defend itself against any international attack and will not be an easy target as the U.S. and other countries heat up rhetoric in response to an alleged chemical weapons attack last week on a rebel-held neighborhood of the Syrian capital.

In an interview with The Associated Press in Damascus, Syrian Deputy Foreign Minister Faisal Mikdad said airstrikes or other action against Syria would also trigger "chaos" and threaten worldwide peace and security.

He spoke Monday as support for an international response was mounting if it is confirmed that President Bashar Assad's troops were responsible for the Aug. 21 attack, which activists say killed hundreds.

The United States has said that there is little doubt that Assad's regime was responsible for the assault, and U.S. Defense Secretary Chuck Hagel said Monday the Obama administration is "considering all different options."

Speaking with reporters after meeting with his Indonesian counterpart, Hagel said, "If there is any action taken it will be in concert with the international community and within the framework of a legal justification."

French Foreign Minister Laurent Fabius also said that in the event the chemical attack was confirmed, "The only option that I can't imagine would be to do nothing."

The Syrian foreign minister, however, warned Syria was ready to respond.

"There will be no international military intervention," Mikdad said in the interview at his office. "If individual countries want to pursue aggressive and adventurous policies, the natural answer ... would be that Syria, which has been fighting against terrorism for almost three years, will also defend itself against any international attack."

"They will bear the responsibility for such an attack, which will result in killing thousands of innocent people, as happened in Libya, and committing criminal actions against a sovereign country," Mikdad added. "Syria will not be an easy target."

Mikdad did not elaborate on how Syria might defend itself, but he said such an attack would trigger "chaos in the entire world."

He said the U.N. should be given a chance to investigate before any judgment is made, "not strike and then start judging."

"The team is going to do its work. It is not the business of the United States to judge because the final judgment will be that of the team. The team knows what to do," he said.

Under the negotiated mandate, however, the team can only investigate whether chemical weapons were used, not place blame.

Mikdad spoke shortly after the U.N. said unidentified snipers opened fire at one of the U.N. vehicles carrying a team investigating the alleged use of chemical weapons. The Syrian government accused the rebels of firing at the team, while activists and the main Syrian opposition group in exile said a pro-government militia was behind the attack.

Mikdad said he is "100 percent confident" that neither the Syrian army nor anyone who is part of the Syrian government used chemical weapons, adding the Syrian regime "will never use them against its own people, if it has them."

"If such a thing has happened, then it is the armed groups," he said.