As expected, today Samsung officially announced the Galaxy Note 3 at an event just before the IFA conference in Berlin. The latest entry to Samsung's popular phablet line is equipped with a 5.7-inch Super AMOLED display and its signature S Pen stylus, and is scheduled to launch later this month. 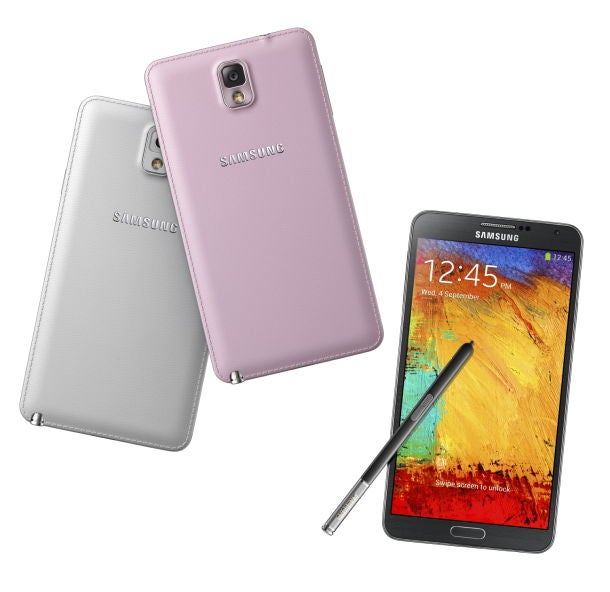 The thinner and lighter Galaxy Note 3 has ditched the plastic rear casing found on previous versions, instead opting for a faux-leather finish, complete with stitching. The 1920 x 1080 resolution display is accompanied by a 2.3GHz quad-core processor, 3GB of RAM, a 13-megapixel camera, 32 or 64 GB of storage with microSD card support, and a big 3,200 mAh battery.

The new Note will ship with Android 4.3 Jelly Bean along with Samsung's TouchWiz UI. Existing features like Multi Window have been improved, which now lets you pull up two instances of the same app at the same time. Information can then be transferred from one window to the next. Samsung also introduced My Magazine, which the company made in collaboration with Flipboard and is more or less their version of the HTC One's BlinkFeed feature. 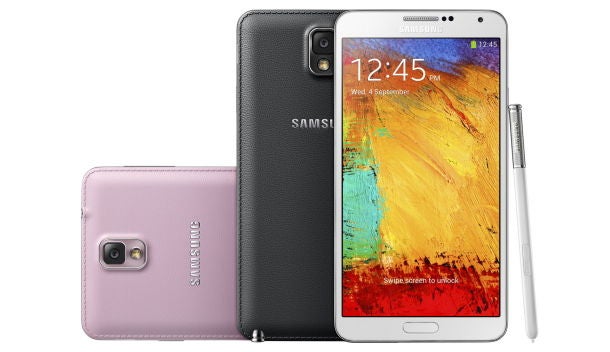 The improved S Pen brings with it a number of new software features, including Air Command, which pulls up a radial menu for quick access to built-in stylus-friendly apps like Actions Memos, S Note, Scrapbook, and S Finder. Air Command can be accessed from anywhere in the operating system by simply hovering the S Pen just above the screen and pressing the button on the stylus.

The new Samsung Galaxy Note 3 will be available in jet black, classic white, and blush pink, and will launch in more than 140 countries on September 25th, with worldwide availability scheduled for October. The Note 3 will be sold through all major carriers in the United States.
1 · Share on Facebook
«12»