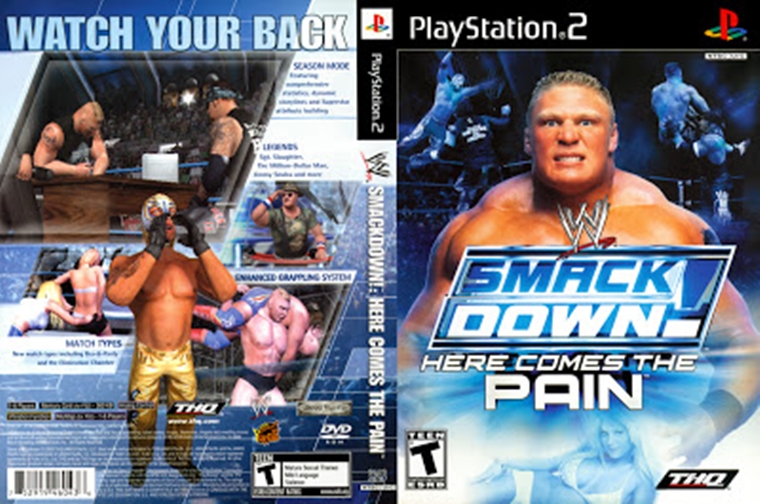 WWE SmackDown! Here Comes the Pain (Known as Exciting Pro Wrestling 5 in Japan) is a video game released on the PlayStation 2 console by THQ on October 27, 2003. It is a sequel to WWE SmackDown! Shut Your Mouth and is part of the WWE SmackDown! series based on World Wrestling Entertainment's weekly TV show of the same name. It was the first SmackDown! game to feature a catchphrase not linked back to The Rock in its title. It was also the final WWE game under the SmackDown! name and it was succeeded by WWE SmackDown! vs. Raw.