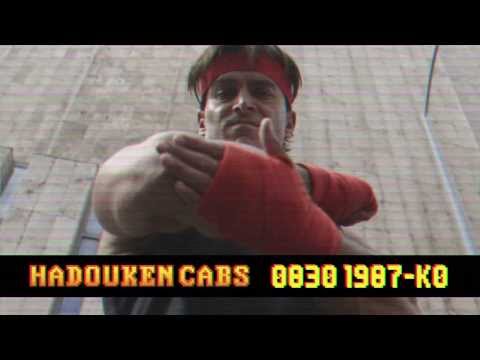 Sony has put up a ridiculous and kind of awesome teaser for Hadouken Cabs. What this means exactly is up for debate. An email sent to VG247 this morning stated:

They also use the PS4 Twitter hashtag #4theplayers. Some of the Easter eggs shown in the video include a "PS1994" license plate on the taxi cab, a URL on the sign which points to this website, and the clip briefly shows the PS4 controller.

This teaser likely means that Sony has worked out some kind of deal for Street Fighter on the PlayStation 4, but that's only speculation at this point, as nothing has been officially confirmed, yet.