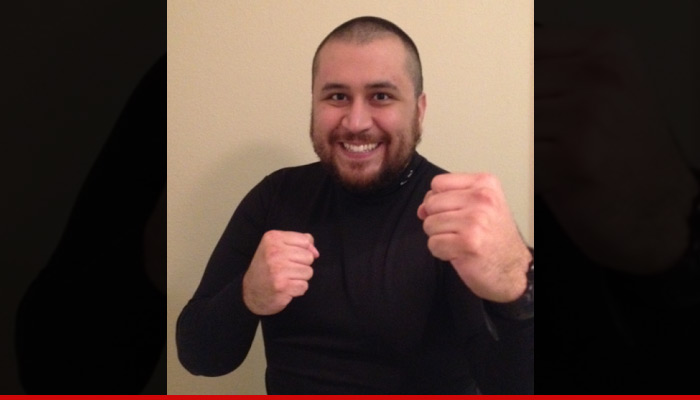 Now's your chance to kick George Zimmerman's ass with zero legal repercussions -- he just agreed to a celebrity boxing match ... and he says he'll fight ANYONE ... even black people.

Celebrity boxing promoter Damon Feldman threw down the challenge, offering George money to step in the ring. Now here's the kicker ... the opponent has NOT been selected.

We're told George is open to fighting a black person, but the promoter is not discriminating, telling us "We're not looking at it as a race thing ... We haven't discussed purple, yellow, white, black."

Lately George has been more interested in boxing than guns ... regularly training in the ring.

As for George's cut from the fight, we're told he's donating the money to charity.

If you'd like to throw your hat in the ring for the March 1 match, email [email protected]