Swiffness! PART OF THE CONSPIRACYMembers Posts: 10,128 ✭✭✭✭✭
April 2014 in The Social Lounge 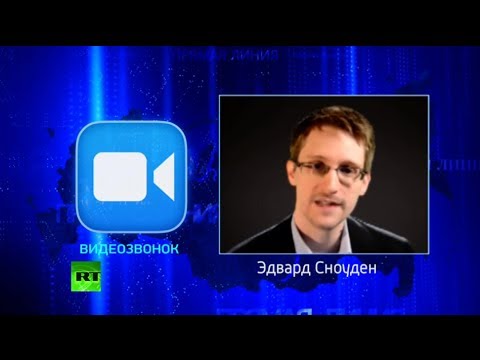 On Thursday, I questioned Russia's involvement in mass surveillance on live television. I asked Russia's president, Vladimir Putin, a question that cannot credibly be answered in the negative by any leader who runs a modern, intrusive surveillance program: "Does [your country] intercept, analyse or store millions of individuals' communications?"

I went on to challenge whether, even if such a mass surveillance program were effective and technically legal, it could ever be morally justified.

The question was intended to mirror the now infamous exchange in US Senate intelligence committee hearings between senator Ron Wyden and the director of national intelligence, James Clapper, about whether the NSA collected records on millions of Americans, and to invite either an important concession or a clear evasion. (See a side-by-side comparison of Wyden's question and mine here.)

Clapper's lie – to the Senate and to the public – was a major motivating force behind my decision to go public, and a historic example of the importance of official accountability.

In his response, Putin denied the first part of the question and dodged on the latter. There are serious inconsistencies in his denial – and we'll get to them soon – but it was not the president's suspiciously narrow answer that was criticised by many pundits. It was that I had chosen to ask a question at all.

I was surprised that people who witnessed me risk my life to expose the surveillance practices of my own country could not believe that I might also criticise the surveillance policies of Russia, a country to which I have sworn no allegiance, without ulterior motive. I regret that my question could be misinterpreted, and that it enabled many to ignore the substance of the question – and Putin's evasive response – in order to speculate, wildly and incorrectly, about my motives for asking it.

The investigative journalist Andrei Soldatov, perhaps the single most prominent critic of Russia's surveillance apparatus (and someone who has repeatedly criticised me in the past year), described my question as "extremely important for Russia". According to the Daily Beast, Soldatov said it could lift a de facto ban on public conversations about state eavesdropping.

Others have pointed out that Putin's response appears to be the strongest denial of involvement in mass surveillance ever given by a Russian leader – a denial that is, generously speaking, likely to be revisited by journalists.

In fact, Putin's response was remarkably similar to Barack Obama's initial, sweeping denials of the scope of the NSA's domestic surveillance programs, before that position was later shown to be both untrue and indefensible.

This 🤬 guy.........wow. Basically forced Putin to go on the record about something that will be later proven to be a lie. That's some REAL ASS, NO-🤬 -GIVEN 🤬 , gentlemen. I hope Vlad let that 🤬 slide cuz dem KGB 🤬 will make somebody wish they was in U.S Federal Lockup.....
1 · Share on Facebook