The Top 10 Best ROBIN's of All Time

To continue our celebration of Batman’s 75th Anniversary, we are ranking the 10 best Robins. Although Robin wasn’t originally a part of the Batman equation when the World’s Greatest Detective first debuted, the young sidekick quickly became the peanut butter to his jelly, making them an inseparable crime-fighting dynamic duo. Believe it or not, there are actually a lot more than 10 versions of Robin when you factor in parallel worlds, Elseworld stories, and other forms of media. With that in mind, we’ve narrowed our list down to the best Boy or Girl Wonders of all time. 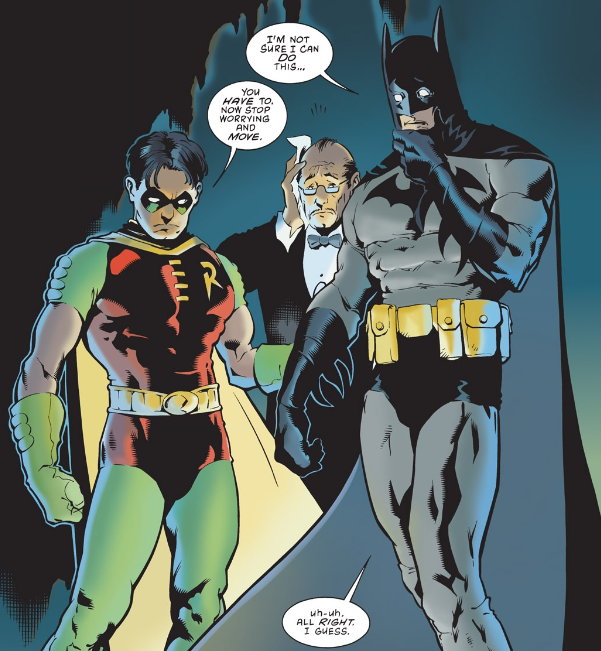 In 2000, DC Comics began one of the most fun, lighthearted, and downright silly events in their publishing history. The event was known as Sins of Youth and it featured Klarion (🤬 , 🤬 , bummm) the Witchboy flip-flopping the ages of DC’s pantheon of heroes. So, where the adult members of the Justice League were transformed into teenagers, the teen heroes of Young Justice suddenly found themselves all grown up.

One of the funnier situations in this event was Batman being transformed into “Batboy.” Of course, as Tim Drake put it, Batman was “born a grownup,” not much changed for Batman besides his height. This didn’t keep him from being embarrassed though, so when Bruce was forced into action in Gotham, he had a grown up Tim don the mantle of the Bat while the young Bruce sported a Robin uniform.

If the role of Robin is to support the Bat, then Bruce certainly earns his place on this list due to his support of his partner. Tim struggled in his role as Batman as he was suddenly, and unnaturally, forced into the role. However, Bruce, as Robin, was able to help Tim with moral support, Batmobile driving lessons, interrogation techniques, and, quite humorously, in how to talk to a certain famous police commissioner. 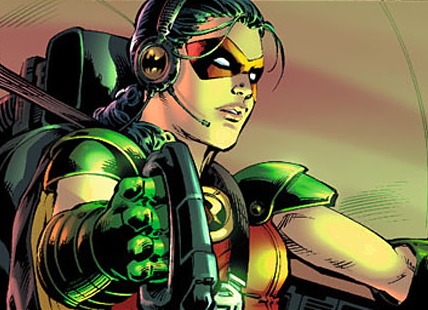 Helena Wayne is the daughter of Bruce Wayne and Selena Kyle. No, she’s not from the future, she’s from Earth 2. In this parallel world, Helena grew up with two amazing parents. She picked up the most valuable traits of both Batman and Catwoman, and began fighting as Robin the Girl Wonder. While it’s true that Helena hasn’t had that much time “on screen” as Robin, she earns her place on this list because of her dedication to the ideals of her mother and father, and her dedication to getting back to the world that her Batman swore to protect.

Helena may have grown up with two super-parents, but like so many of the Bat-acolytes, she would all-too-quickly learn the loss of her family. It’s an unfortunate truth that losing one’s parents is an unofficial rite of passage for most Robins, but unlike the others, she would almost immediately experience the loss of her entire world as well. After this, Helena didn’t have a kindly butler to help her in her heroes quest. Instead, she has her best friend Karen Starr, better known as Power Girl. Together, the duo work together to make each other better heroes, and to find their way back home. 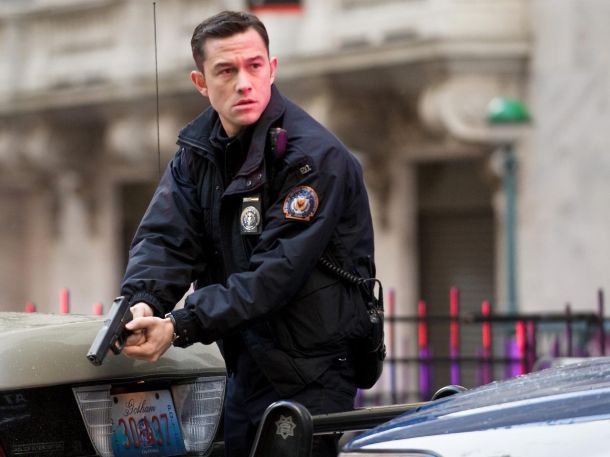 The Dark Knight film franchise is an incredibly important piece of work not just for its revitalization of Batman on film, but also for its reassertion of the Batman’s true nature of a grim avenger. The last of these films introduced us to a version of Robin that has never quite been seen before. Although he may be a controversial choice, Robin John Blake makes this list because he is the representation of not just one popular Robin, but several.

Christopher Nolan’s interpretation of the character, as groundedly played by Joseph Gordon-Levitt, embodied a variety of elements derived from some of Batman’s most important partners. Like Jason Todd, Blake grew up in a rough area of town and, like most Robins, suffered from the loss of his parents. Growing up in an orphanage, Blake had a chance meeting with Bruce Wayne and deduced that he was secretly Batman by using a set of skills similar to those of Tim Drake. Inspired by Batman’s actions, Blake would endeavor to become a police officer, much like 🤬 Grayson did.

In the end, Robin John Blake also makes this list because, like all Robins, he is inspired by and believes in the mission of Batman. Most importantly, he works to support Batman in his quest to rid Gotham, and the world, of evil in all of its forms.

Prior to the events of the classic Crisis on Infinite Earths story, “Earth-Two” was actually known as the home of DC’s original superheroes. On this world you would find the first incarnations of characters like Superman, Wonder Woman, and of course, Batman and Robin. Among many other adventures, these characters actively fought during World War II among peers such as Alan Scott and Jay Garrick, otherwise known as the original Green Lantern and Flash.

While later incarnations would add their own depths to the character, the foundation of everything that we know about Robin today originated with this version of 🤬 Grayson. Of course, that isn’t the only reason he makes our list. Besides being the first Robin, he would also become the first character to take over for Batman upon his retirement and his eventual death.

This fulfilled an important, but unspoken, rule that the sidekick would eventually graduate to the role of the mentor. Though he would maintain the role of Robin, he formed a new Dynamic Duo with the original Huntress (Helena Wayne). This new team would continue to fight the good fight in order to honor a man who had given them and the city of Gotham so much throughout the years. While the 🤬 Grayson of Earth-Two would make the ultimate sacrifice during the original Crisis, his legacy continues to thrive. 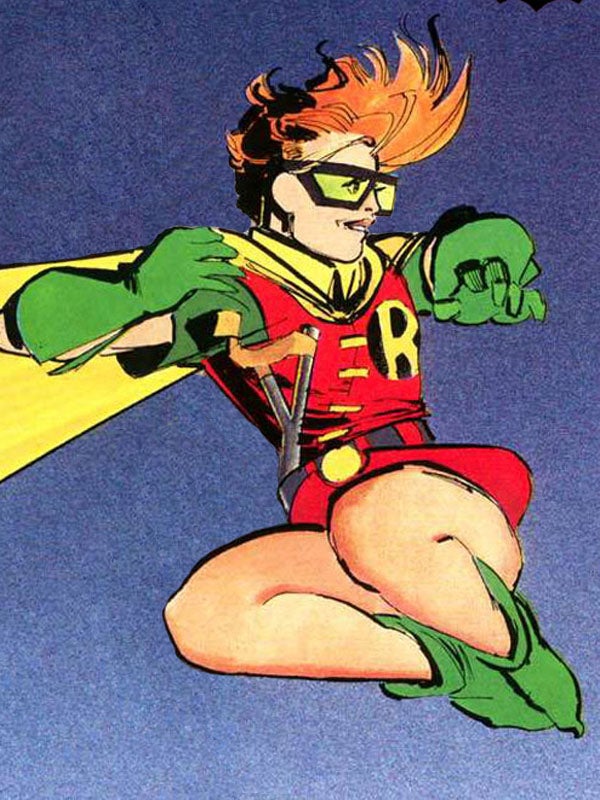 In 1986, Frank Miller set the stage for the return of a grittier Batman that was closer to his original interpretation than the one most comic fans were accustomed to at the time. The Dark Knight Returns was and is incredibly popular, and it has continued to inform the character and his world ever since. For as important as this story was for the character of Batman, it was also important for Robin as well.

For the first time in nearly 50 years, the role of Robin would be taken up by a young girl. Her name was Carrie Kelley, and she embodied the most important traits of anyone who would take on the guise of Robin. After an elderly Bruce Wayne dons the cape and cowl of Batman once more, Kelley has a chance encounter with newly active Dark Knight. She is immediately inspired by his heroism and decides to become his Robin.

Batman is almost immediately impressed with her natural skills, and takes young Kelley on as his newest partner. Kelley proves to be an invaluable partner to Batman, and together, the new duo help to stem the tide of darkness threatening the Gotham City of tomorrow. Today, Kelley has recently been reintroduced into the Batman mythos as Damian Wayne's former tutor. Whether or not she’ll take on the role of Robin once again is still in question.