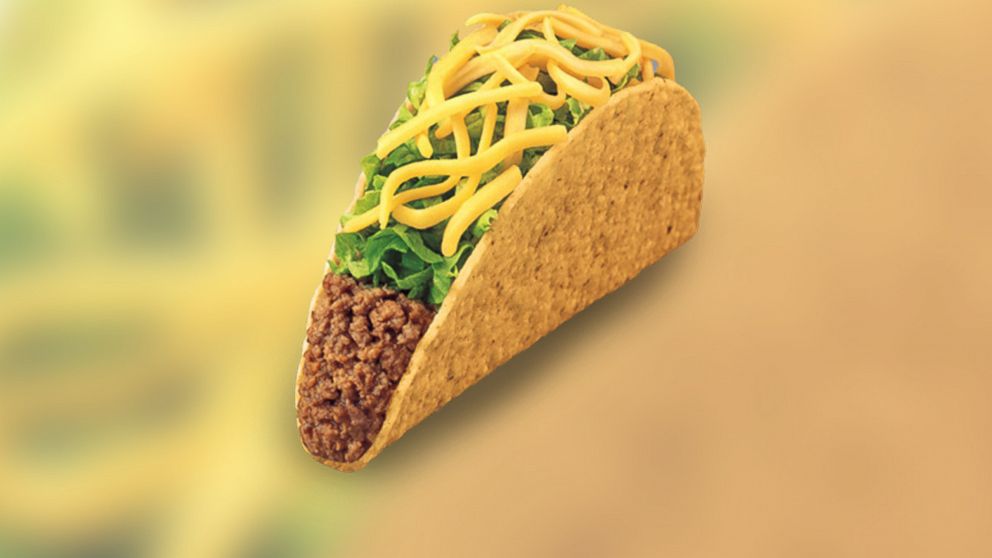 After Taco Bell started telling the public its beef is 88 percent beef, customers were left to wonder, what's the other 12 percent?

They need wonder no more.

Taco Bell, owned by Yum! Brands, features an explainer on its website to explain what the other 12 percent is.

The company states on the website that they "do have weird names," but they're all "safe and approved by the FDA."

"They're common ingredients also found in food items at your grocery store," the company states. "Each ingredient helps make our Seasoned Beef taste great. Many of them are items you might use at home such as salt, peppers, and spices. Ingredients like oats and sodium phosphates help make sure the texture is right."

The company also noted it uses only USDA-inspected, "100 percent premium real beef" and no monosodium glutamate, or MSG, which is a flavor enhancer.

"We believe it's important that consumers make informed decisions about what they eat, and so for many years have provided details of our ingredients on our website," Rob Poetsch, Taco Bell
spokesman, told ABCNews.com.

Derek Lowe, a chemist and blogger with a Ph.D. from Duke University, said he sympathizes with people who are surprised these ingredients are food, but he said he has "no patience" with the general argument, "I can't pronounce it, so I won't eat it."

"There's nothing on this list I have a problem eating," he said.

Here are some of the ingredients and what Taco Bell has to say about them:

"It sounds weird, but it's actually a form of mildly sweet sugar we use to balance the flavor. You may have had it the last time you had a natural soda," Taco Bell says.

"This is a form of yeast that gives our seasoned beef a more savory taste," the company says.

In Photos: Food Company Mascots Through the Years

"Actually, it's derived from corn, which is a food staple in Mexican culture as well as many others. We use a small amount as a thickener and to maintain moisture in our seasoned beef. It's common in many foods like yogurt," Taco Bell states.

"When you prepare as much seasoned beef as we do, you don't want it to separate. That's what soy lecithin does. It helps (with moisture) to bind substances that would otherwise separate -- like oil and water. It's a common ingredient in many grocery staples, like chocolate bars and salad dressings," says Taco Bell.

Read More: How Much to Tip at Restaurants, Hotels and Other Awkward Situations

Taco Bell says it uses this "to help make sure our seasoned beef is the right texture."

Taco Bell says, "This safe acid occurs in almost all living things, and we use a very small amount to manage the acidity to get the right flavor."

Taco Bell says the caramel color "is caramelized sugar, which is a commonly used food coloring (also found in cereals and pancake syrup). Cocoa Powder doesn't add any flavor to our recipe, but it helps our seasoned beef maintain a rich color."

Taco Bell: "It's a naturally occurring sugar that we use to improve the taste of our seasoned beef."
6 · Share on TwitterShare on Facebook