If you're an avid social media user, you should be pretty familiar with Rihanna's recent spat with Instagram over her posting topless photos of herself. The company had her remove the pictures immediately, and soon after, Rihanna deleted her account altogether. But now she has an unlikely supporter.

Bruce WIllis' 22-year-old daughter, Scout Willis, protested Instagram's policy of deleting photos of topless women (unless they're taken in an "artistic" manner). After Instagram deleted one of her photos for going against their policy, Willis walked around NYC topless and posted the photos to her Twitter account, "Legal in NYC but not on Instagram," Willis said in one of the tweets. "What @Instagram won't let you see #FreeThe!!," she tweeted with another photo. Willis also changed her Twitter avatar to Rihanna's Lui cover, which features the topless singer.

"My comfort with my body should not be dictated by how others perceive me," Willis tweeted. "However, I don't wish to force this view on anyone. If you don't like what you see, simply unfollow me."

*note* for those who wants the uncensored pic, here you go.. 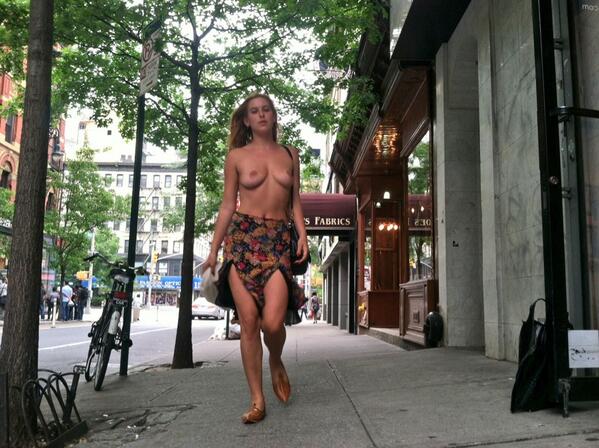