Let me tell you about my ex-girlfriend

MoneyLuver Members Posts: 2,384 ✭✭✭✭
August 2014 in For The Grown & Sexy
Page 1
She's a Prostitute. I met her while I was trickin' one night. She was one of those $60 for a quickie ass hoes so since it was in my price range and I'm longwinded I took tha bait


When I met her last year I had only been out about a month. I had nothing. No money foreal, I was driving my Dad's whip & she knew it -well after I smashed the first time anyway-, my game was somewhat rusty, I'm a chunky 🤬 , and on top of that my 🤬 is little. I was fresh (no doubt) but I'm sure she was diggin me for me - maybe

Page 2
Her personality reminds me of Joseline from "Love And Hip Hop", I call her Lil' Joseline. She's a sweetheart foreal but tha 🤬 is really crazy. And that was okay with me becuz she keeps me on my toes - even tho I couldn't really stand that 🤬 half tha time and we'd just end up arguing over nothing which was wack. Her ol' "break up to 🤬 & make up" ass


But she has her moments and I'm sure if she was in a less stressful situation she wouldn't be so unhappy all of tha time. Her Mom kicked her out tha crib, her Cousin she moved in with extorted her for Rent (on top of Food), she's a 🤬 , blah blah blah. She's in school but she still Do Her even tho she claims she got a part time gig as a Receptionist


When I used to take her on some of her runs to meet "Johns". She'd give me some of tha money + gas, she'd buy Food from tha grocery store for me and my folks AND cook, she'd clean, and make me nut every night (and Day). Yeah, she moved in with Me so to say. But just until this program for struggling adults accepted her and gave her a place to stay. As long as I was in the house she was too, and if I wasn't then she wasn't - these hoes ain't loyal man

I never tripped about wat she did for money, for what? I was actually pretty intrigued and wanted to see if I could 🤬 . I failed at it becuz she was too attached to Me in tha "wrong" way and I knew it too, it was too late. I didn't wanna extort her or nothin, just learn. "Iron sharpens Iron" uknow. I had a real paycheck and she didn't so I wasn't going to try to "put the cart before the horse"

Page 3
I remember this one time I came home from work and I called her. She was suckin this guy's 🤬 and I knew she was becuz she talked to Me tha same way she talked to her Clients when she was suckin my 🤬 and they were lookin to spend money. I wasn't mad, it was actually pretty hot *shrugs*. I think she knew I was a little turned on too


Well I had ended up cuttin her off back in February for all of those arguments we kept havin' and tha fact that she likes to be very controlling and I'm just simply not gonna go for anything out here (and she knows it). But we talked and 🤬 off & on after that. Just keepin in touch to see how each other's doing. We're both Young, she's 23 [now] & I'm 25. Its good to have a friend in this game of life


Page 4
Well I smashed again tonight in my Tractor. I dropped tha Trailer back off at one of tha locations I go to and then I picked her up from around Minnesota Avenue Station and took her around tha way.

Alot of people drove by but we didn't care, one 🤬 even circled tha block. That 🤬 was good tho. And even tho I have a little 🤬 I know how to use it. If u were to put Me, Mandingo, and Manuel Ferarra in a room to run a train on a Hoe I betchu I'd make her 🤬 first and she'd be most pleased with me. But pause becuz I'm not here for all of that

Page 5
When I dropped her off back at her spot her girlfriends were waiting on the front porch and when they saw her she had this funny grin on her face, she probably didn't notice that I caught it becuz when she looked in my direction she stopped. So I guess I must've made her night on tha low becuz I'm sure she must've felt special during that moment. Which was cool with me becuz that's all I really care about foreal foreal. 🤬 me, I'm anything. Spreading joy is all that matters. That's all I'm good for


But for the most part I be ignorin her calls foreal. She's too much like Joseline Hernandez and Craig's girlfriend from "Friday". But really doe tho, are flings supposed to last this long? A year is pretty unusual for all of dat. I've had one nighters and FWB before without tha trickin 🤬 of course #stamp, but this is tha longest in that regard.


She says she loves me, but I don't really love her, I just kinda like her and think we'd be better off with just my johnson in her. But finding people who genuinely care about you is pretty rare [#ShootingStar] and should never under any circumstances once you're past the age of 16 be taken for granted.

Page 6
I don't wanna settle for just anything tho. So I see as the best bet just playing it safe until we're both at a better place in our own lives and time has shown its face

Is that or is that not the Grown & Sexy thing to do?

Inb4 you kissed her with 🤬 on her tongue.


No I didn't. She always brushed her teeth after work 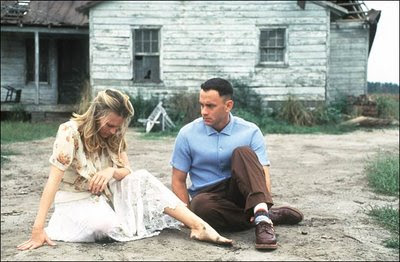