dontdiedontkillanyon Show me some love, you losers.Members Posts: 10,172 ✭✭✭✭✭
September 2014 edited September 2014 in R&B & Alternatives
In Incredible Testimony, Robin Thicke Says He Lied About Co-Writing “Blurred Lines” And Was High For All Of 2013

You know who’s having a bad year? Robin Thicke. His wife left him, the album he wrote about his wife leaving him tanked, he got destroyed in a Twitter Q&A designed to promote that album, and to top it all off, his legal battle with Marvin Gaye’s estate won’t go away. He’s still defending himself against charges that his 🤬 , career-defining hit “Blurred Lines” ripped off Gaye’s classic “Got To Give It Up.” And in a deposition from April — but made public today — Thicke admitted that he wasn’t even really involved in the writing of “Blurred Lines,” because he was so wrecked on painkillers and 🤬 . Check out this excerpt (via The Hollywood Reporter):

Q: “Were you present during the creation of ’Blurred Lines’”?

Thicke: “I was present. Obviously, I sang it. I had to be there.”

Q: “When the rhythm track was being created, were you there with Pharrell?”

Thicke: “To be honest, that’s the only part where — I was high on vicodin and alcohol when I showed up at the studio. So my recollection is when we made the song, I thought I wanted — I — I wanted to be more involved than I actually was by the time, nine months later, it became a huge hit and I wanted credit. So I started kind of convincing myself that I was a little more part of it than I was and I — because I didn’t want him — I wanted some credit for this big hit. But the reality is, is that Pharrell had the beat and he wrote almost every single part of the song.”

So … this is all Pharrell’s fault? Man, that’s 🤬 up! So why did Pharrell share royalties and a co-writing credit with Thicke? Said Thicke, again during the deposition:

“This is what happens every day in our industry … You know, people are made to look like they have much more authorship in the situation than they actually do. So that’s where the embellishment comes in.”

Thicke says he was just “lucky enough to be in the room” when Williams wrote the song. Afterwards, he gave interviews to outlets like Billboard where he repeated the false origin story surrounding “Blurred Lines” because he says he “thought it would help sell records.” But he also states he hardly remembers his specific media comments because he “had a drug and alcohol problem for the year” and “didn’t do a sober interview.” In fact, when he appeared on Oprah Winfrey’s show with his young son and talked about how weird it was to be in the midst of a legal battle with the family of a legendary soul singer who “inspires almost half of my music,” Thicke admits he was 🤬 and taking Norco — “which is like two Vicodin in one pill,” he says.

Thicke says he’s given up Vicodin (but not alcohol), but admits his drug abuse (or lying about it) is “why [my wife] left me.”

At one point during the examination, Williams says he can read music, but then is shown a transcription of a song, and asked to identify notes and durations. “I’m not comfortable,” Williams responds eight times as Busch presses to figure out whether he really can read music.

The producer is evasive in other ways. Asked whether Marvin Gaye has influenced him, Williams says , “He’s an Aries. I respect him.”

Pharrell admits that he wrote the song, but claims it’s a hit at least in part because of Thicke:

“It’s the white man singing soulfully and we, unfortunately, in this country don’t get enough — we don’t get to hear that as often, so we get excited by it when the mainstream gives that a shot.”

You can read the full deposition here, and watch that Oprah interview below. 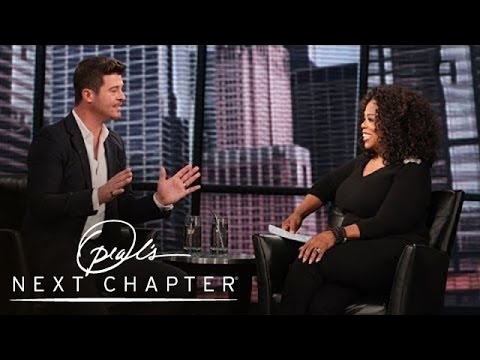