Mister B. Still the Devil's #1 Advocate. Come on out that box!Members, Writer Posts: 16,171 ✭✭✭✭✭
October 2014 edited October 2014 in Off The Turn Buckle
Part 3 of this series looks at arugably THE greatest feud in wrestling.....or at least in WWF history.

Hogan and Savage had a loooong and documented history of hatred towards each other, in and out of the ring. They made the best of friends, and one of the greatest tag teams in history, creating the "Mega Powers", but they also were the bitterest of rivals. (Savage even put out a real hip-hop diss song about Hogan around 2004 or so...LOL)

This lead to some of the most electric matches ever - mostly for the coveted Heavyweight Title - in WWF, and even in WCW, which literally split the ranks of the nWo in two. So w/o further ado...let the poll being (tho I think I know which match will win.) 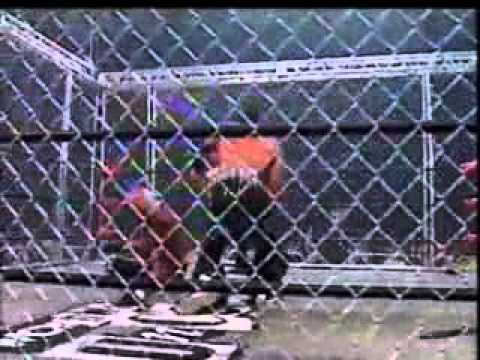