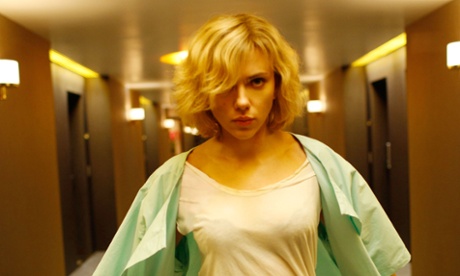 Scarlett Johansson has been offered $10m to star in the long-gestating live action remake of Ghost in the Shell, reports Deadline. The top-dollar pay cheque recognises the US actor’s newfound status as an A-list action star following standout turns in Lucy and Marvel Studio’s Avengers series of superhero films.

Hollywood’s plan for a debut English-language take on the seminal 1995 Mamoru Oshii anime moved a step closer to reality in January when Snow White and the Huntsman’s Rupert Sanders was hired to direct by studio Dreamworks. Reports back then suggested the remake would be based on a new screenplay by The Reluctant Fundamentalist’s William Wheeler.

The Ghost in the Shell comic book series, film rights to which were picked up by Dreamworks co-owner Steven Spielberg in 2009, follows cyborg detective Major Motoko Kusanagi, team leader of a futuristic Japanese counterterrorism organisation focused on cyber-crime. Three anime films (one made-for-TV) have been based on the comic, of which the 1995 Ghost in the Shell was the first, as well as an animated Japanese TV series and three video games. Spielberg’s planned 3D movie failed to make it to the production stage but the approach for Johansson suggests the new iteration may have legs.

In related news, Deadline also reports that Will Smith, Tom Hardy and The Wolf of Wall Street’s Margot Robbie are in line to star in comic-book epic Suicide Squad for studio Warner Bros. Robbie’s interest may have encouraged Dreamworks to approach Johansson for Ghost in the Shell, as the Australian actor was said to be an early frontrunner to star in the anime adaptation.

Suicide Squad, about a team of supervillains recruited to take on near-impossible black-ops missions in return for the commutation of their sentences, is on Warner’s newly announced slate of 10 movies set in the DC Comics universe. It is due to follow Batman v Superman: Dawn of Justice into cinemas some time in 2016.
theguardian.com/film/2014/oct/17/casting-conch-scarlett-johansson-set-for-ghost-in-the-shell-remake
0 · Share on Facebook
«12»