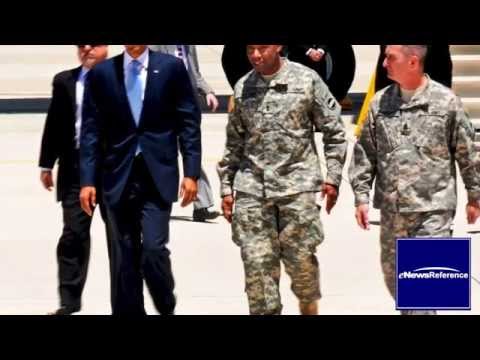 US Army Allows Use Of '🤬 ' When Referring To Black or African-American Soldiers
By Christopher Harress @Charressc[email protected] on November 05 2014 6:29 PM

Specialist Anthony T. Crawford Sr., of Topeka, Kan., an AH-64D Apache attack helicopter crew chief, Company C, 1st Battalion, 1st Air Cavalry Brigade, 1st Cavalry Division, Multi-National Division, stands as a silent sentinel while holding the US flag for fellow soldiers who chose to reenlist during their first deployment at camp Taji in Baghdad August 17, 2009. Soldiers who reenlist make a dedication to their Nation to serve another term in the Army on top of their previous enlistment. Picture taken August 17, 2009. REUTERS/U.S. Army/Sgt. Seandale Jackson/Handout (IRAQ MILITARY POLITICS CONFLICT) FOR EDITORIAL USE ONLY. NOT FOR SALE FOR MARKETING OR ADVERTISING CAMPAIGNS

The newly updated Army Command Policy regulation, most recently published on Oct. 22, 2014, says that Army personnel can use the word "🤬 " when referring to "black or African American" personnel. The Army confirmed to CNN in a report Wednesday that the language was contained inside the document, also known as regulation AAR 600-20.

While the document is regularly updated to reflect new regulations or alterations to old ones, an Army official says it's not clear when they word was added; it may have been present for years.

The wording appears in Chapter 6, under "Equal opportunity policy," stating: "A person having origins in any of the black racial groups of Africa. Terms such as "Haitian" or "🤬 " are allowed to be used, in addition to "Black" or "African American."

According to the CNN report, an Army official with knowledge of the document said that the word may have been added so that a black or African-American person would have the option to identify as a 🤬 . However, a military officer who specializes in personnel issues for the Defense Department called that reasoning "the dumbest thing I have ever heard," explaining that the Pentagon does not use the word in any of its demographic data.

No plans have been announced to remove the phrase.