KillaCham M0D SQUAD™Members, Moderators Posts: 11,417 Regulator
November 2014 edited November 2014 in IllGaming
Why do we like being scared? What scares us? Why do the things that frighten us also enthrall us? Grave, a new surreal horror game from Broken Window Studio, will terrify your psyche as much as it will make you jump out of your seat. 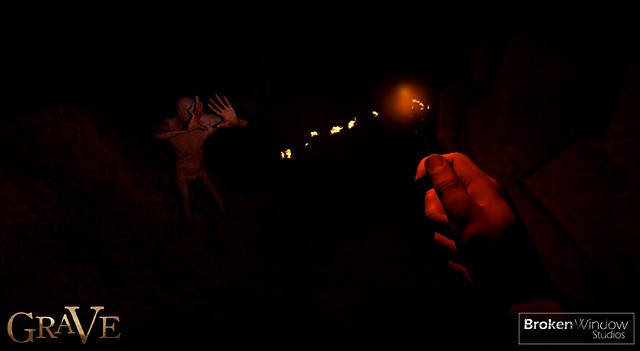 Killed in a home invasion, you are cast into an alternate reality where the world morphs and changes around you. Strange creatures lurk in the night and threaten your safety. The only chance to escape is to pursue your killer — the man who sent you to The Wasteland. Light is the only tool for survival, your only protection from the unknown dangers that await.

Explore a dynamic, procedural desert inspired by the early wild west landscape of America as you explore Grave’s unusual narrative. Fusing reality with unreality, locations fluctuate in and out of existence while you play, and nightfall brings strange, threatening creatures that stalk you until dawn. Play Grave how you want to, setting up defensive fortifications to survive the night or arming yourself with offensive weapons to keep creatures at bay. With procedurally populated enemies, items and even worlds, Grave weaves an unpredictable tale that will keep you in its grasp. 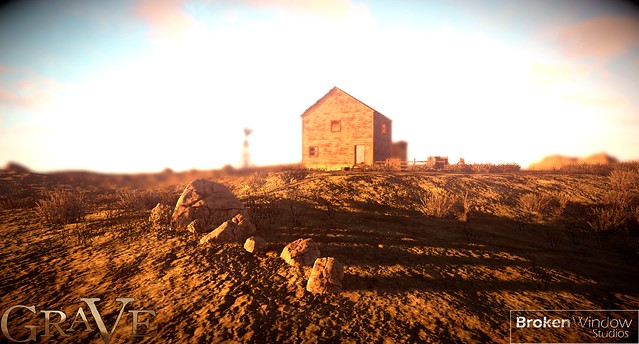 The team at Broken Window Studios is really excited to showcase the progress that we have made on Grave. Development began shortly after our successful Kickstarter in April 2014 and has been an ongoing and rewarding experience. We feel the game’s direction and unique approach to survival horror are taking shape, and we are pleased that we can bring Grave to PS4 players.