Attack on Titan Season 2 Confirmed For 2016

Attack on Titan fans have eagerly awaited a confirmation for the second season of the series and that day has finally come! Several of the main Attack on Titan voice actors along with director Testsuro Araki took the stage at Shinjuku Wald 9 cinema in Tokyo, Japan.

The group then confirmed that the second season of this colossal show is currently being produced and will premier in 2016! 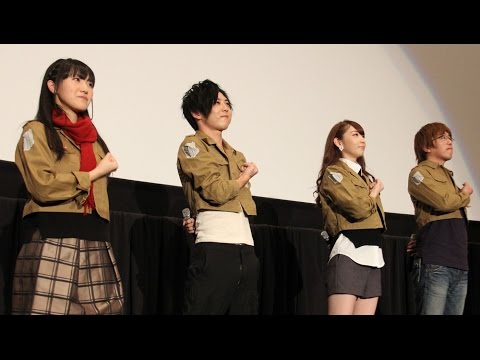