New Blackness: Pharrell, Kanye and Jay-Z and the Spectre of White Aspiration (article)

dontdiedontkillanyon Show me some love, you losers.Members Posts: 10,172 ✭✭✭✭✭
January 2015 edited January 2015 in The Social Lounge
New Blackness: Pharrell, Kanye and Jay-Z and the Spectre of White Aspiration 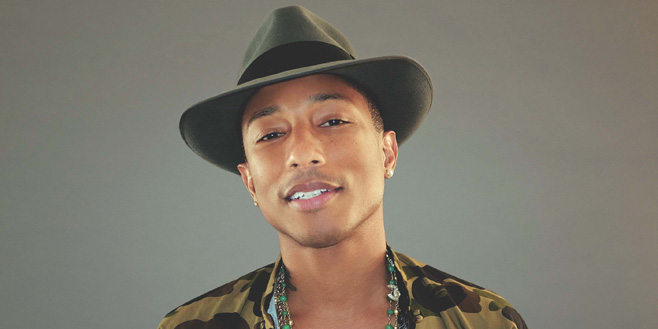 During an interview with Oprah last Spring, producer and rapper Pharrell Williams dubbed himself "New Black". In his words: "The New Black doesn't blame other races for our issues. The New Black dreams and realizes that it's not a pigmentation; it's a mentality. And it's either going to work for you, or it's going to work against you. And you've got to pick the side you're gonna be on." Pharrell’s remarks floated around ideas about being black—"our issues," our "pigmentation," our pesky way of "working against" ourselves. These ideas put the onus of racism on black people. While Pharrell likely believes he was imparting wisdom, rather than being condescending, his words still stunk of the familiar "pull up your pants" stench.

When entertainers open their mouths to talk about something other than themselves, there’s always tension. The tension is there when Kanye "rants"; it’s there when Azealia Banks talks about black feminism in one breath, and utters Bill Cosby 🤬 apologia in another; it’s also there when the exceptional Pharrell veers into Ayn Randian bootstrapping territory. While he may have reached a higher plane of enlightenment via New Black re-invention, for many black people it’s more complicated, and hitting refresh on their blackness does not change anything.
In Jay-Z’s Decoded, a memoir that doubles as a lyric book, Jay-Z seems to rebuke Pharrell’s philosophy, saying:

It’s crazy when people think that just because you have some money and white people start to like you that you transcend race. People try this 🤬 all the time with successful black people, even with someone like me who was plenty black when I was on the corner. It’s like they’re trying to separate you from the pack—make you feel like you’re the good one. It’s the old house 🤬 -field 🤬 tactic.


Is Pharrell a house 🤬 ? Is Pharrell’s identification as "New Black" a demarcation, separating himself from Old Black millions—"the pack" as Jay-Z says—who don’t have the luxury of money and fame to act brand new? The house 🤬 /field 🤬 dichotomy, Pharrell’s complexion aside, works because it sounds like Pharrell is happy as hell at other black people’s expense; happy to be up there with Oprah and others, not toiling the proverbial fields. But Pharrell’s happiness and self-proclaimed new black status seems like more of a positive coping strategy than stepping stone to real enlightenment. As we learned from his "Blurred Lines" deposition last year, giving unearned authorial credit to white artists on songs he’s written is status quo; he is not immune from structural racism and white supremacy. Pharrell’s own definition of new black isn’t comprehensive, nor are other people’s definitions, but what seems to be the case is that "new black" means rose-tinted shades worn inside one’s heart; Pharrell’s not unaware of sour problems—he simply chooses to ignore identity politics as it relates to his own (black) identity, a sort of reversing of the "personal is political."

Steeped in the principles, not the accoutrements of power and success, new blackness sees itself as a psychic departure from (old) blackness with the undersurface argument being that victimhood and survival are two sides of the same coin but one of the sides, victimhood, is embossed with an old white man’s face. New blackness seeks to replace the old white man’s face with the black faces of black entertainers who have magically transcended their blackness through the act of becoming richer than many rich white people. These black entertainers— Oprah Winfrey, Will Smith, Jay-Z and Beyoncé—are limited. Their positions at the top are rooted both in respect and "respectability politics"—(white people like them, black people LOVE THEM). There’s a blankness, a neutrality, they have attained that is parcel to their success. They can’t be stereotyped or thrown into the same turgid categories as other black entertainers (save for Bey’s Grammy nom) because their reputations as morally upright and hardworking precedes them before anything else.

It goes without saying, but not every black person is aspirational in the "new black" sense. Some black people, like Pharrell, are trying to get there, which is why he’s throwing the term around to begin with. By using the term "new black" in an interview with Oprah, Pharrell articulated his desire to elevate himself—through his word and deeds—to the "talented tenth." This elevation is feigned, a mentality more than a reality, but it’s nevertheless an important act of black representation within the black public space.

Oprah’s interviews have always existed as black public spaces for rappers to identify, legitimize and publicize themselves. Writer Gwendolyn D. Pough considers this a negotiation of black public culture within hip-hop:

Bringing the wreck, for Black participants in the public sphere historically has meant reshaping the public gaze in such a way as to be recognized as human beings—as functioning and worthwhile members of society—and not to be shut out of and pushed away from the public sphere.


Like a true vestige of the '90s, Oprah’s platform has functioned like scrambled porn: novels by black authors, interviews with Jay-Z, 50 Cent, Pharrell and more paint a static-y, encrypted image of A New Black America as a possible world; a world of transcendence and exceptionalism. But this sort of dialogue couldn’t be had with anyone other than Oprah. With good reason, Pharrell initially told his new black ideas to Oprah, the same way Raven-Symoné did later. This is because Oprah is to the entertainment world what the diamond is to the diamond industry: an ideological tool. But more than an ideological tool—selling brands, lifestyles, products and people—Oprah, as a status symbol, is a trusted depositary.
1 · Share on Facebook