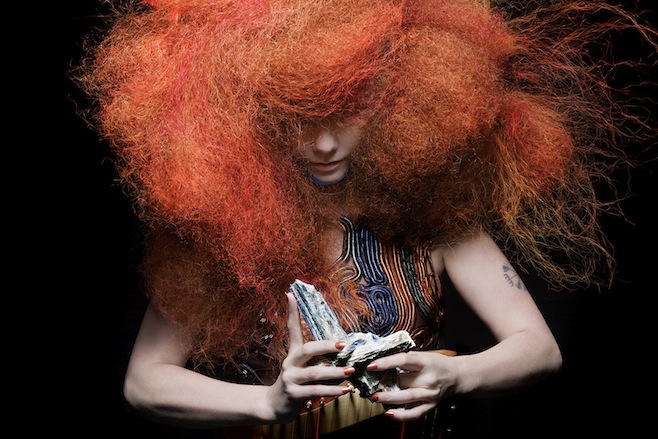 Björk has announced Vulnicura, her follow-up to 2011's Biophilia. It will be released in March. Read her announcement note below.

Venezuelan producer Arca, aka Alejandro Ghersi, produced six of the songs and co-wrote two with Björk. (Previously, he contributed to Kanye West's Yeezus and collaborated with FKA twigs.) The Haxan Cloak also contributed production and mixed the album. 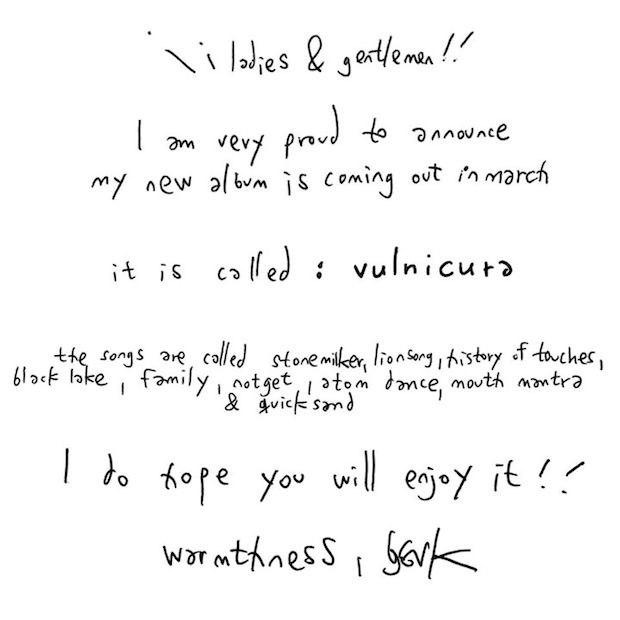 Björk has already been confirmed for festival appearances including Governors Ball in New York City.

Meanwhile, New York City's Museum of Modern Art (MoMA) will open Björk, a retrospective dedicated to the Icelandic artist's career, on March 7; the exhibition, which runs through June 7, will "chronicle her career through sound, film, visuals, instruments, objects, costumes, and performance," such as a "music and film experience" created by director Andrew Huang and 3D software designer Autodesk.