How Africa is STILL Getting 🤬 Today 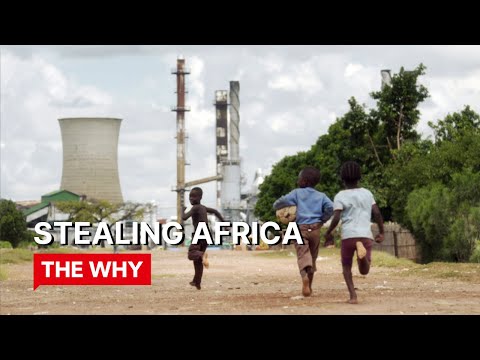 ^^
Watched that documentary a few days ago about how in Zambia, billions of dollars in copper comes out of the minefields annually. The vast majority of the proceeds however go to the corporations who drill the mines who pay little to no taxes through various loopholes and accounting tricks. Of course, these corporations are largely European. In Zambia in particular, a Swiss company called Glencore owns the rights to the lions share of the mines. Meanwhile,the people of Zambia starve with over 60% of the nation living in poverty and 80% unemployed. And as you probably already know this is exact same system is repeated throughout the nations of Sub-saharan Africa, just with different resources.

What can be done by the governments of Africa to reverse this?

Zambia in particular attempted to nationalize their mines in the late 60's but were forced to reverse this decision due to what was said to be mismanagement and pressure from the IMF and World Bank in exchange for financial aid.

I believe a nationalization of all resources is the only option and a dividend paid to the citizens would be the most effective action to combat the course that Africa is currently on. They could claim ownership of all minerals and resources within their borders and relegate outside corporations to just extraction contracts (if that) with strict oversight, taking full ownership of the mineral rents.

If they reinvest enough profits back into their respective industries, in the long run they can put more money into the hands of their people and also have a larger effect on employment by owning the largest industries in their lands. What would be some potential ramifications of this?

I'm sure there are people on here that have more knowledge of the situation over there than me so any enlightenment is appreciated.
1 · Share on Facebook
«12»