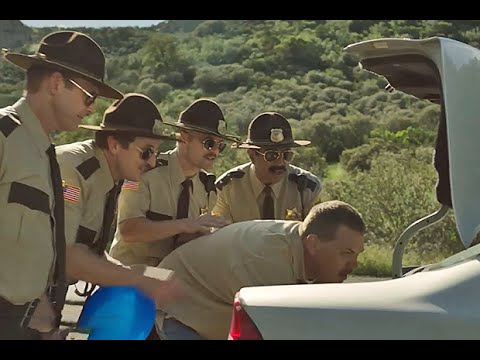 Broken Lizard’s crowdfunding campaign for Super Troopers 2 has been an immediate success, securing the USD$2 million minimum funding goal in just one day.

“If we could cry, we'd be crying,” reads a new update on the Super Troopers 2 Indiegogo project page. “Thank you so much. Sincerely. We can make the skinny version of Super Troopers 2 but I think we all want the muscular version so let's keep going.”

The money raised so far via the campaign will be enough to finance a sequel to Broken Lizard’s 2001 cult comedy hit, although the team warns that this total is the “bare minimum we’ll need to get into production.”

“We’ve got some big stuff in the script, and if we’re able to raise enough money, you’ll get to see all of it,” explains the team’s Indiegogo pitch. “The more we raise, the more amazing stuff we can put in the movie. More action, more cameos, more shenanigans, and fine, more Farva.”

he campaign has 30 days left to run. Several of the perk tiers are already sold out, but if you’ve got a spare USD$25,000 lying around the opportunity to have the Super Troopers squad as groomsmen (or even bridesmaids) at your wedding is still up for grabs. There's only one of those, so if you want it, move meow.

You can check out IGN’s interview with Broken Lizard’s Jay Chandrasekhar and Kevin Heffernan on why crowd funding was the best option, who will be back, and why rehashing jokes won't happen here
1 · Share on Facebook
Sign In or Register to comment.
Hey! You will be signed out in 60 seconds due to inactivity. Click here to continue using the site.